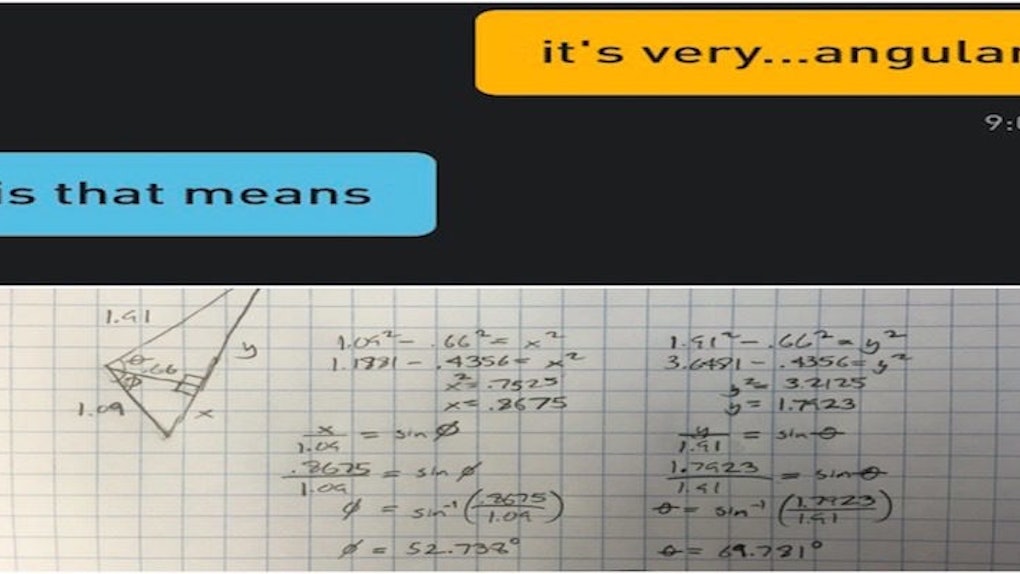 When life gives you lemons, calculate the angle of a crooked penis.

He was chatting to a guy on gay dating app, Grindr, when he received an image of the unusually bendy piece. It was, like, really angular.

I haven't included an uncensored picture of it in this story. But I encourage you to click through to Alex's Twitter post so that you can look at it in all its curvy glory... if you're into that sort of thing.

Here's how it unfolded:

I don't know how long they'd been talking for before the chat turned to penis.

Then, Alex proceeded to shut him down with the power of math.

For this great methodical response, he even cracked out the graph paper and everything.

Alex's initial findings suggest that Grindr man is sporting a penis with a curve of 122.519 degrees. Nice.