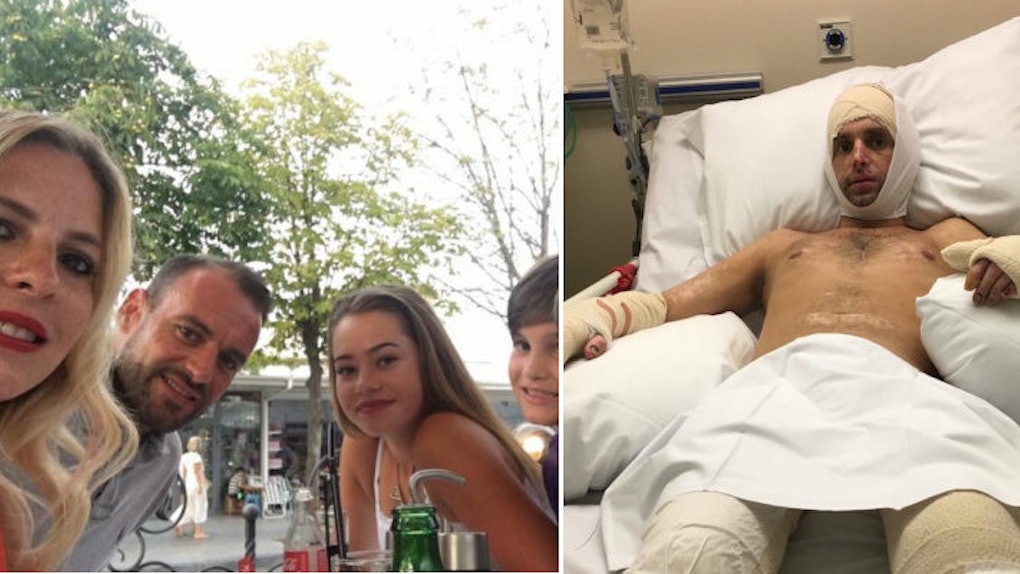 James Mackey started getting sick in October, but he didn't seek medical treatment, thinking it was just a common cold or flu.

When he finally did go to the hospital for treatment, sepsis was in full swing and, tragically, he ended up losing the lower half of both his legs.

His family has set up a GoFundMe page to raise money for the medical bills and prosthetics, which can prove to be extremely costly.

Sepsis can be a furtive illness but if left untreated, it can be fatal. In its early stages, it often presents with a fever, which likely led to James' belief it was just a bad flu.

According to the Mayo clinic, any type of infection, whether bacterial, viral or fungal, can cause sepsis, but the likely culprits are Pneumonia, Kidney infection, bloodstream infection or an abdominal infection.

James' family is asking for any help the public can afford.

On his GoFundMe, his family wrote,

While he is improving daily, due to the severity of his illness, James underwent a double lower leg amputation at the beginning of November. As you can imagine, this is a major blow to an active young man who enjoys cycling, running and playing football with his children.

They feel exploitative to me. They seem to shout, “Entertain yourself by looking at this person who is dealing with terrible human physical and psychic suffering while you commute home from work!”

But this man is trying to raise money for medical expenses, and he needs to get the story out. So I am more than happy to oblige.

It is also a good opportunity to raise awareness for the condition, which, as the GoFundMe page points out, has "a 30 [percent] mortality rate and around 66,000 people die every year [from it] in the UK.”

The doctors who treated James Mackey believe the sepsis infection originated from a small cut on his hand before spreading through the body.

James will spend at least three more months in the hospital.

This kind of illness, which strikes suddenly and frequently across the world, can completely destabilize a person's life; James' family is not even sure when he'll be able to return to his current job.