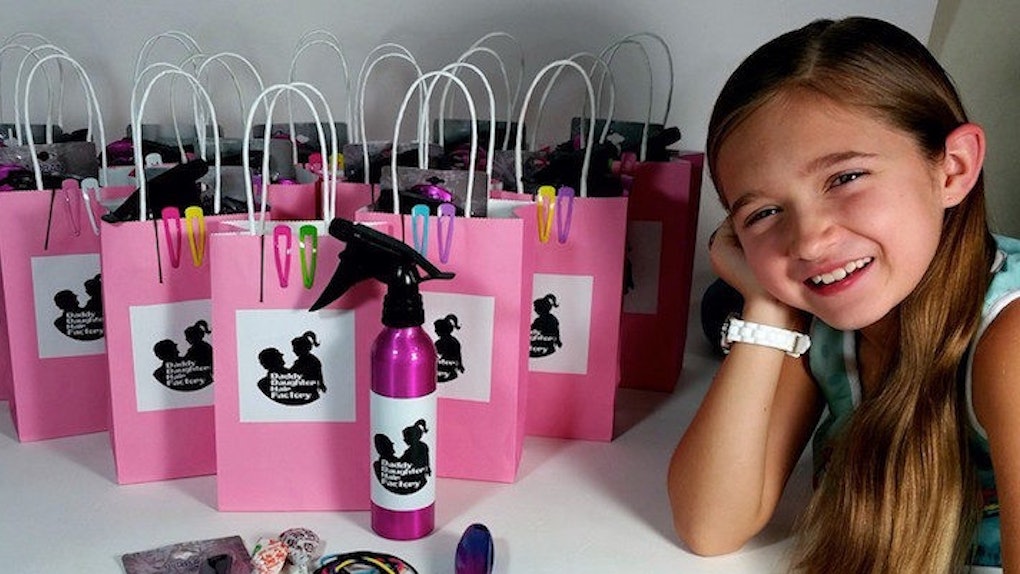 As a forward-thinking man living in 2015 who refuses to let gender norms one day get in the way of raising a progressive and well-adjusted family, the idea of semi-regularly styling my daughter's hair is terrifying.

This isn't a masculine thing, by the way. I'm not saying I'm against having to make my daughter's hair look presentable because it isn't a masculine endeavor. It's simply that even though I've never done anyone else's hair before, I'm pretty sure I'm not any good at it.

Just like if I had to kayak or be on that social experiment hidden-camera show “What Would You Do?”, I know if I was presented with this challenge I would fail publicly and miserably.

One Daytona father is hoping to correct this problem through a father-daughter haircare workshop called the Daddy Daughter Hair Factory.

The first class was a success! 7 dads and daughters showed up top learn about hair. The commitment these fathers have is admirable. I'm so proud of you guys. Posted by Daddy Daughter Hair Factory on Tuesday, October 6, 2015

The idea for the clinic came from Daytona resident Philippe Morgese and, according to a post on his Facebook, the inaugural class went pretty well!

I thought the class turned out great! We had a bunch of dads with their daughters and everyone was eager to learn. I... Posted by Philippe Morgese on Tuesday, October 6, 2015

The first clinic covered hair basics, braids, ponytails, buns and NOT CONFORMING TO WHAT SOCIETY WANTS!

Morgese says he is planning on doing another class, so, dads in Daytona who don't want to send their daughters to school looking like they were just walking in gale-force winds, get on it.

Citations: How One Dad Is Helping Other Men Bond With Their Daughters Over Hairdos (POPSUGAR)