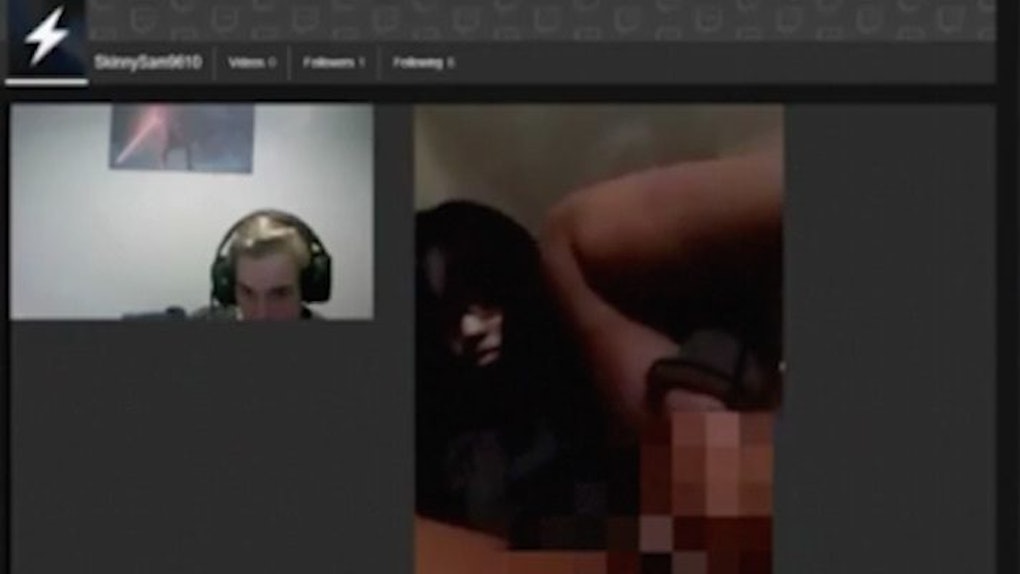 At times, technology can be confusing — even for young people.

One minute, you think you're in a private video chat with your BFF, therefore allowing you free range to belt out your personal rendition of the latest Taylor Swift song in a judgement-free zone.

The next minute, you're praying to God that you don't become the internet's new favorite meme after you accidentally push the wrong button and broadcast your ear-bleed inducing vocal skills across the internet.

Hey, it happens to the best of us — namely, me.

I mean sure, embarrassing yourself in front of one person is pretty bad, let alone millions of people on the internet.

But trust me: Eventually, someone will always do something far more embarrassing that makes the world totally forget about the time you transformed a T-Swift melody into the struggle song of a dying tortured cat.

Like, you know, these people who gave the internet an eyeful while chatting online.

Yep, it appears that one couple was trying to spice up a conversation by having a steamy video chat session on Skype.

As things started heating up between these two, they became so preoccupied with each other, they completely failed to notice the fact they were putting their "private" Skype sex on blast.

That's right. This clueless couple accidentally live-streamed a Skype sex session to the whole world, and this might just be the most embarrassing thing in the history of technology fuck ups.

Apparently, the Skype user, Skinnysam, had no idea he was broadcasting a live video that showed the girl petting her kitty to all of his viewers.

However, it didn't take long for someone to realize what was going on and shut this NSFW show down; Skinnysam's account was banned while one of the viewers recorded his Skype sexcapades.

At least we can all be thankful this guy didn't pull any plot twists by unblocking the rest of his camera during the show.