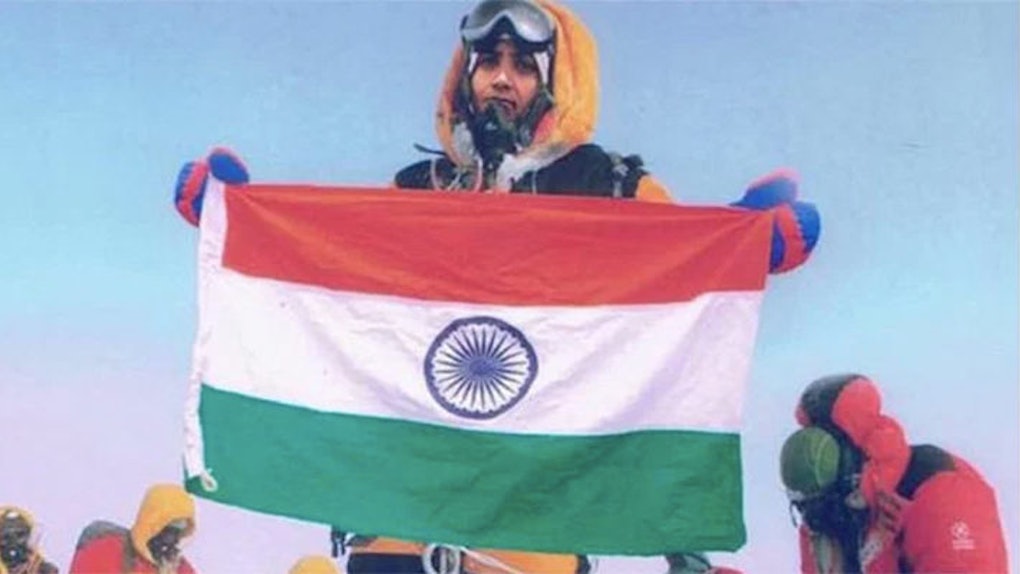 A pair of Indian mountain climbers had one of the worst plans possible to claim they'd climbed Mount Everest.

Dinesh and Tarakeshwari Rathod had shared pictures of themselves on top of the mountain in May, telling everyone they'd reached Everest's summit.

But in actuality, the photo they had shared was a Photoshopped version of a picture that another climber, Satyarup Sidhantha, had posted.

The real image is below:

According to Metro UK, Sidhantha himself pointed out that the Rathod couple had Photoshopped his work. And yet, that wasn't even the biggest giveaway.

Metro says that fellow climber Anjali Kulkarni had pointed out to an Indian TV station that the Rathods had also shared another photo that didn't even show them in the same color of gear that they had in their fake mountaintop photo:

The couple's Himalayan suit colors and even their boots seem to have been changed at the summit. Both seem to have changed their climbing boots too in separate pictures. Being able to change one's clothes mid-climb and not get frostbitten would be a miracle.

Clearly, the couple was lying. Dinesh and Tarakeshwari were therefore suspended by the government from climbing any mountains in the Himalayan region for 10 years.

So, we're guessing it wasn't worth the trouble.