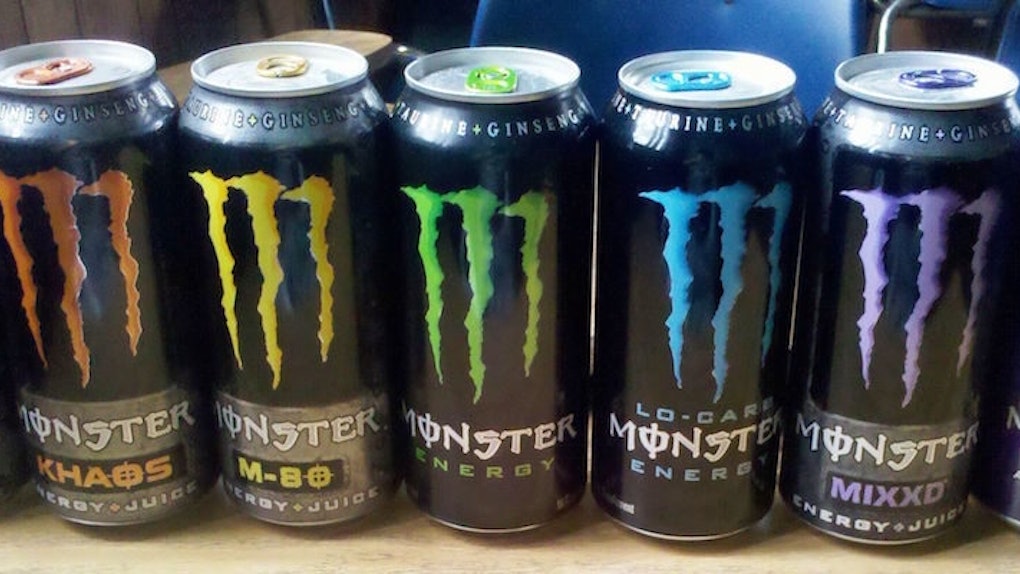 Students at Middlebury College in Vermont might have some trouble pulling all-nighters, Cosmopolitan reports, after their campus instates a ban on energy drinks.

You might be thinking, OK, fine. Energy drinks are full of sugar, packed with caffeine and are generally horrible for you. But that's not why Middlebury officials have decided to ban the sale of the popular drinks.

Yikes, Middlebury. That's almost as bad as the CDC telling women they shouldn't drink booze in case they get sexually assaulted.

While a 2012 University of Buffalo study did find a correlation between caffeinated cocktails and an increase in casual sex, it did not find any evidence to support these drinks caused consumers to have more unprotected sex. According to the study, people are just as likely to use condoms whether they're drinking energy drinks or not.

Still, Middlebury plans to ban the sale of these drinks, citing their use as contributing to the general "culture of stress." Officials have scheduled the ban to go into effect starting March 7, forcing students to travel if they want Red Bull and 5-Hour Energy shots.

Looks like the local 7-Eleven is about to get a lot more business.

Citations: A College Is Banning Energy Drinks Because They're Linked to "High-Risk Sexual Activity" (Cosmopolitan)