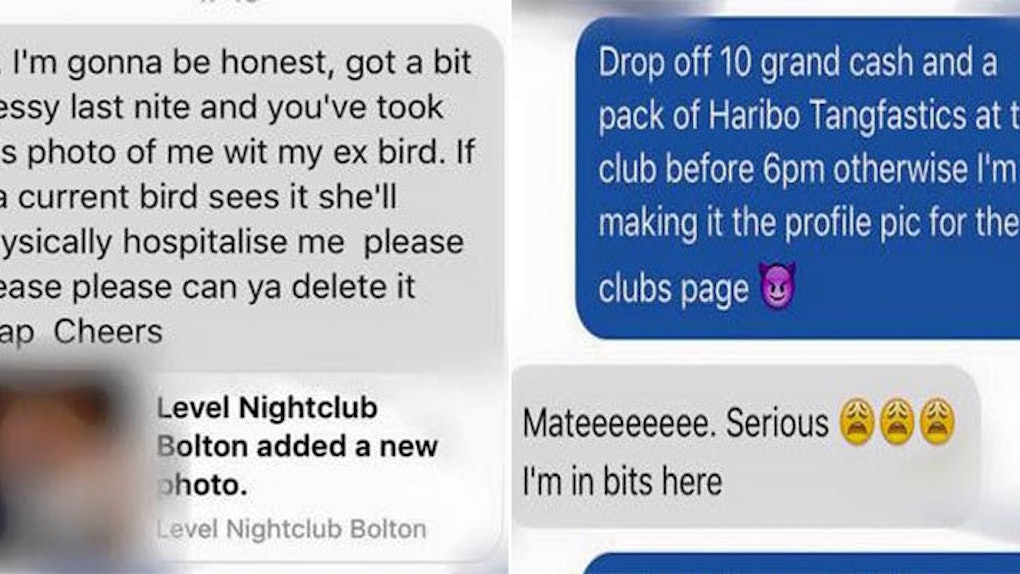 The rules of bro-hood are simple and finite.

Rule #1: Nobody talks about how Derrick cried during “Chocolat.” Rule #2: Never get between a bro and his girl.

That's it. Those are the only two rules.

Derrick deserves to be emotionally moved by Juliette Binoche's portrayal of a chocolate shop owner serving up a healthy dose of LOVE, and bros deserve chances to deal with their relationships however they decide they want to deal with them.

Yes, it's kinda dumpy and morally questionable, but if you have a bro who is cheating on his lady, it's not up to you to right the wrong. It's up to karma.

This nightclub gets that, and its response to a bro who needed a quick favor -- not having his girlfriend find out he's a total scum lord -- was pretty great.

See! This is how you deal with a dude awkwardly confessing his relationship transgressions!

Make a quick joke, confirm your bro-ness to the situation and then get out. Bing, bang, boom. Now, karma has to deal with it.

You deserve a treat for being a bro, nightclub!

Might I suggest cracking open a box of Ferrero Rocher, turning your Blu-ray player on and transporting yourself to a tiny little chocolate shop in France during the late 1950s? What? NO! I'M NOT CRYING! YOU ARE! SHUT UP!

Citations: This Guy Begged a Club to Take Down Photos of Him Cheating. Their Perfect Response is Going Viral (Cosmopolitan)