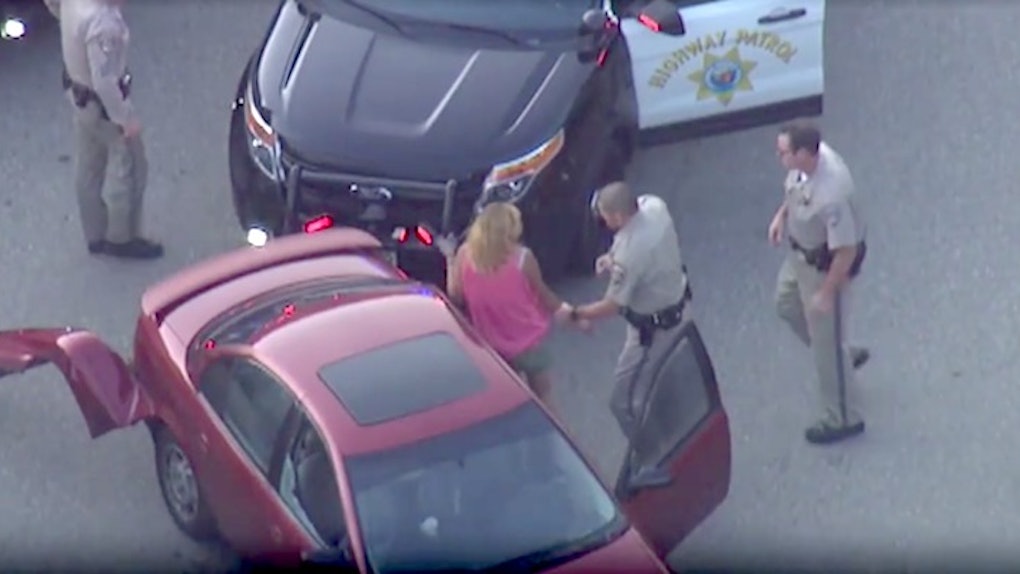 These days, just about everything is being live-streamed online somewhere.

The most recent stunt to be live-streamed? A wild car chase in Southern California that lasted several HOURS. Yes, you read that correctly. HOURS.

A little after 4am on Monday, the California Highway Patrol began chasing a woman suspected to be driving under the influence in a red sedan across three separate counties. It all started when law enforcement noticed the woman was driving erratically and attempted to pull her over.

So, what'd she do? She put the pedal to the metal and embarked on a three-hour chase that was wild enough to live-stream.

In a recent interview regarding the crazy stunt, Officer Edgar Figueroa told ABC7,

(She) would get up to 100 mph so it was reckless. But then she would slow down so it was bizarre.

According to The Epoch Times, the woman hit speeds of nearly 125mph on several freeways in the course of the chase, which spanned Los Angeles, San Diego and Orange County.

She might be under the influence of alcohol or drugs, and they are investigating that currently.

To see just how crazy this is, take a look at the screenshots below.

This wasn't just ANY car chase -- this was a three-hour car chase.

The police had first attempted to pull the woman over after they noticed her driving erratically. The woman, however, had other plans: she fled the scene and hit the freeways.

The only good excuse for pulling a stunt like this is that there's a Charizard on the other side of town and your Pokémon Go obsession is at an all-time high. Other than that, anyone in their right mind would know this is BAD IDEA.

After getting stuck on a quiet residential street around 7am, the chase ended as police cornered the woman and finally arrested her. Guess she wasn't going to catch any Pokémon after all!

Buckle up. Check out the full video below for a closer look!