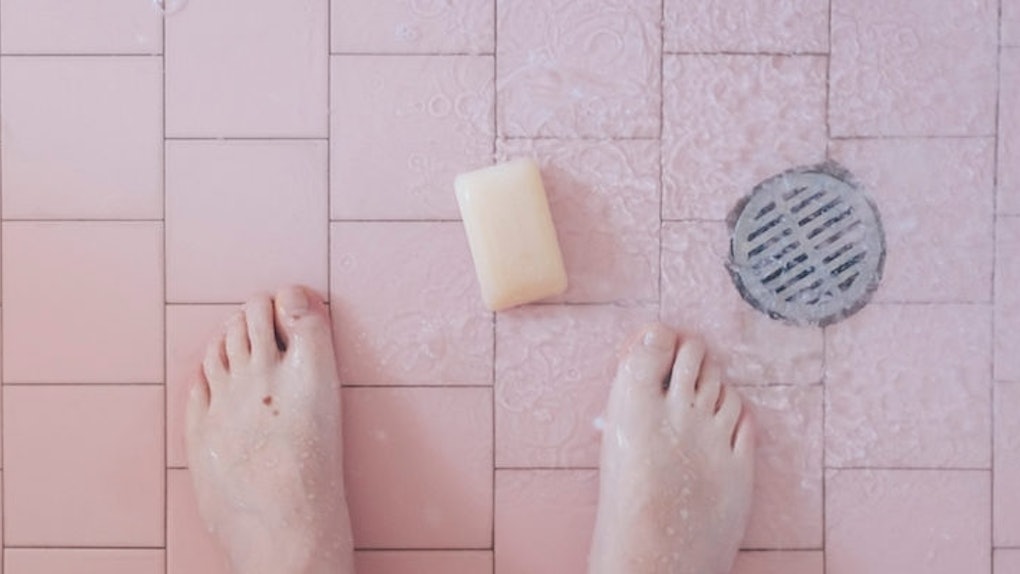 It seems guys will stick their dicks in just about anything.

We've all heard stories about dudes doing ridiculous things to get off, like shoving their schlongs in jacuzzi jets.

And who can forget the movie where Jason Biggs proves it's actually possible to fuck an apple pie?

If you're looking to spice up your lonely sex life, but aren't really down to bone some baked goods, you're in luck.

No, really. I'm serious. They basically want you to have sex with a bar of soap.

But then things start to get hella weird when they turn a boring old bar of soap into a bath time fuck buddy.

If the thought of killing two birds with one bar of soap arouses your interest for some reason, I'll tell you how it works.

First, the video instructs you to grab a knife and cut a hole in the middle of a bar of soap.

Unfortunately, I'm not a dude so I can't give you advice on whether or not I think jerking off with a bar of soap would be enjoyable.

For all I know, this could be the greatest sex invention since the advent of fleshlight.

However, I can tell you I find it very alarming that this particular method comes with a caption that warns you to use a condom because sticking your precious manhood in a jagged tunnel of Ivory soap could result in irritation.

Apparently, I'm not the only one who thinks Buzzfeed's soapy lovemaking suggestion sounds weird AF.

A lot of people seem generally confused by the whole thing...

And can't believe Buzzfeed is actually telling them to go have sex with a bar of soap.

Other people are starting to wonder what Buzzfeed employees do during their shower time...

And made some pretty hilarious jokes about the bars of soap that Buzzfeed keeps in their office bathroom.

According to Twitter, the general consensus on fucking soap seems to be a hard no.

Except for one seemingly salty woman who thinks dudes should totally shove their dicks through a bar of Dove.

All I can say is I'm never going to be able to look at a bar of soap the same way ever again. Thanks, Buzzfeed.

Citations: BuzzFeed Motion Pictures suggested men should have sex with a bar of soap and people lost it (Metro.Co.Uk)