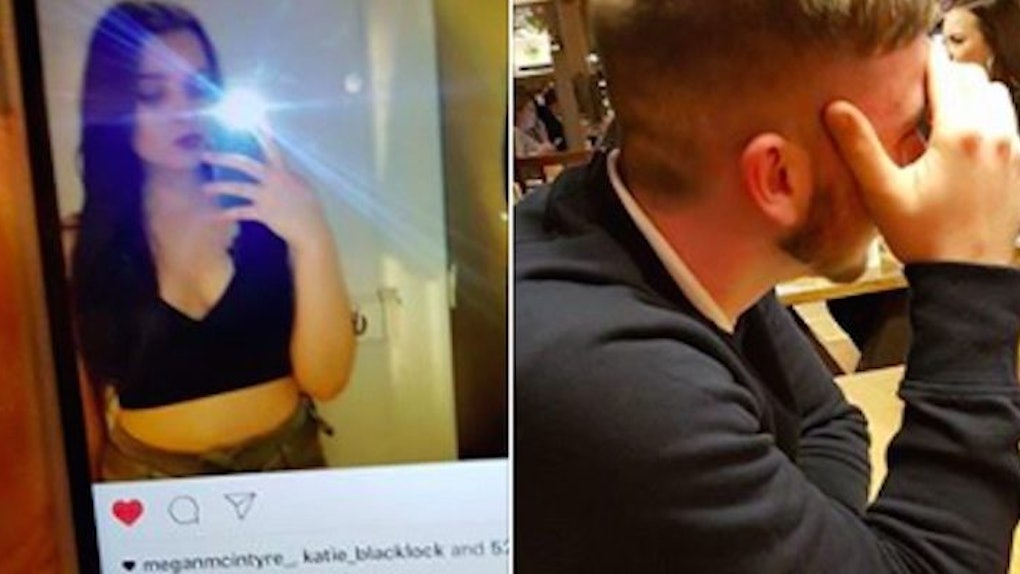 Most people consider their phones to be a lifeline.

You cell phone carries a lot of your important personal information and keeps you connected to the outside world via emails, text messages and social media.

Therefore, it's never a good idea to just carelessly leave your phone lying around -- especially if you haven't even taken the time to ward off unwanted users from accessing your phone with a security passcode.

I mean, let's be real, if your unlocked phone ends up in the wrong hands, that evil person can use your phone to go on a destructive, reputation-ruining rampage that leaves your life in shambles.

A young, naive man recently learned this lesson the hard way when his boss got ahold of his unattended iPhone.

Since the phone was not protected with a passcode, the man's boss considered this an open invitation to embarrass the shit out of his co-worker by leaving hilariously inappropriate comments on a girl's Instagram photo.

Yep, as if the simple act of double tapping the photo wasn't bad enough, this boss took it a step further by posting a comment that read,

Hey your arse looks amazing in this pic, I would love to have my nose buried in between those cheeks sniffing what you had for breakfast... Weetabix?

Talk about having a boss with a seriously savage sense of humor.

As you can imagine, this young man was horrified when he discovered his boss had swiped his phone.

But it was too late to undo the damage by simply deleting the comment since his clever boss had also had enough foresight to snap a photo of the embarrassing comment with his own phone.

The screen shot and a photo of the mortified man have since been shared on Harley Whincop's Facebook.

If that's not bad enough, the photo also ended up on a Facebook page called "On The Tools," and has already racked up over 8,000 likes.

So yeah, I think it's safe to say this man has learned a lesson about leaving his phone unattended.