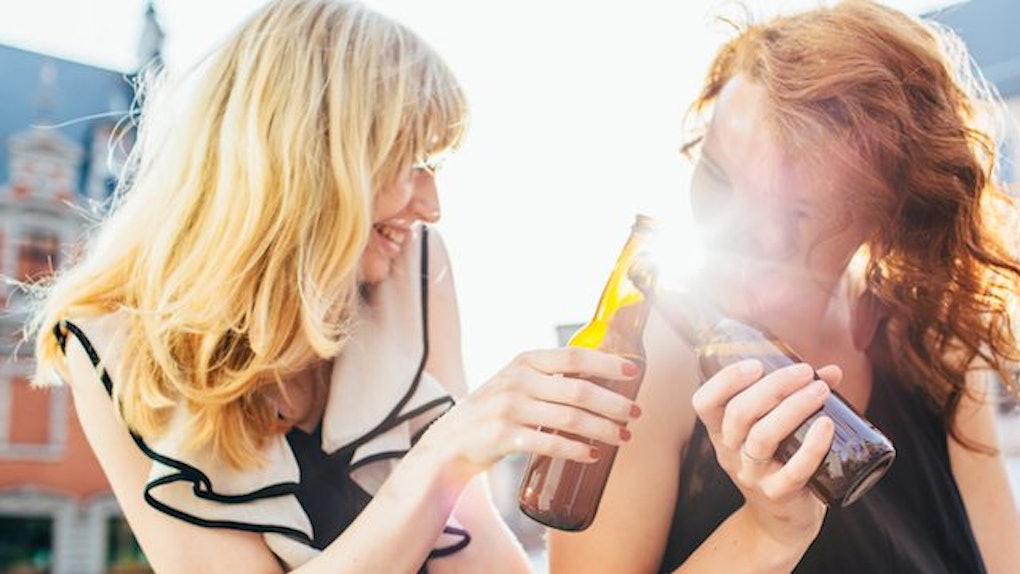 How Much Alcohol To Give Up For Weight Loss

We blame alcohol for a lot of our failed efforts at weight loss, and why shouldn't we?

Booze has 7 calories a gram, and one mixed drink can send your sugar intake through the roof.

But the question remains: Do we really need to give up alcohol if we want to lose weight?

Well, the answer is a blessed and resounding "not necessarily," according to a recent article in the New York Times.

The article covers a review of studies published in Current Obesity Reports in 2015, which found, in summary, that "frequent light to moderate alcohol intake does not seem to be associated with obesity risk" in either men or women.

OK, but what exactly is "frequent light to moderate alcohol intake"?

Well, for men it means having at most two drinks a day, and for women, it means just one.

Now, for the bad news. There were plenty of findings from the studies reviewed that suggested the way most millennials drink can be — at best — detrimental to efforts to lose weight.

For one thing, these people who ran the study qualified binge drinking as having five drinks or more drinks on an occasion.

So where does that leave us, scientists?

According to the article, the findings are these:

Binge drinking (consuming five or more drinks on an occasion) and heavy drinking (more than four drinks in a day for men, or more than three for women) were linked to an increased risk of obesity and an expanding waistline.

So basically, if you want to lose weight, you need to have nary a shred of any alcoholic tendencies, and you have to keep your drinking down to one glass a day.

I mean, who really has one glass of wine a day, other than Olivia Pope?

Thanks a lot, science.

Citations: Do We Need to Give Up Alcohol to Lose Weight? Not Necessarily 119 (New York Times)