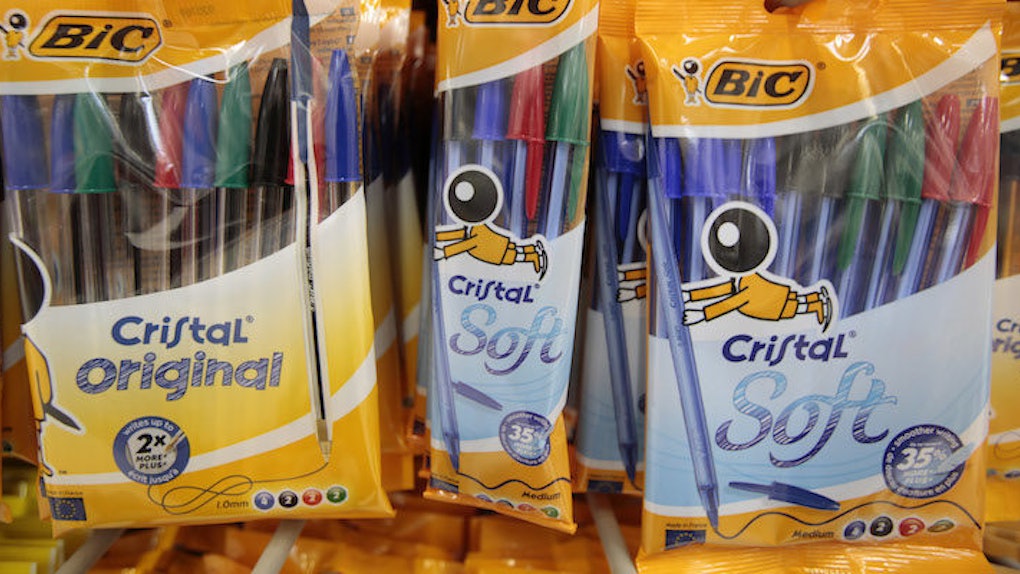 Picture a ballpoint pen in your head for second, if you can remember what one looks like, that is.

Personally, I haven't used a pen since college because I'm a goddamn Millennial. Why would I ever write something I could easily text?

But, if you're currently a student or you were born before the 1990s, you may recall some ballpoint pens have little openings at the tops of their caps. Well, it turns out the pen cap hole isn't there just because it's the classic pen aesthetic.

Apparently, a big reason for the gap in the cap is actually to prevent pen cap chewers from choking on the cap. This way, if you swallow the pen cap, there's a little hole for air flow to still get through.

I didn't realize there were so many people out there chewing on their pen caps. Seriously, you guys should try this texting thing. It's a lot safer.

The official Bic pen FAQ does cite reducing choking hazard as a reason for the hole in addition to providing ventilation, which helps prevent leaking.

However, Bic said the hole was intended as a safety precaution for children, not grown-ass adults who should seriously stop eating their writing utensils.

According to Independent, about 100 Americans die every year from choking on pen caps. A decline in the number of pen cap-related deaths has been attributed to pen cap holes.

Shout-out to pen cap holes for literally saving lives, even if you people should know better than to chew on your pens.

Citations: Pen caps have holes because we filthy humans will gnaw on anything (CNET), Why do BIC pens have a hole in the lid? (Independent)