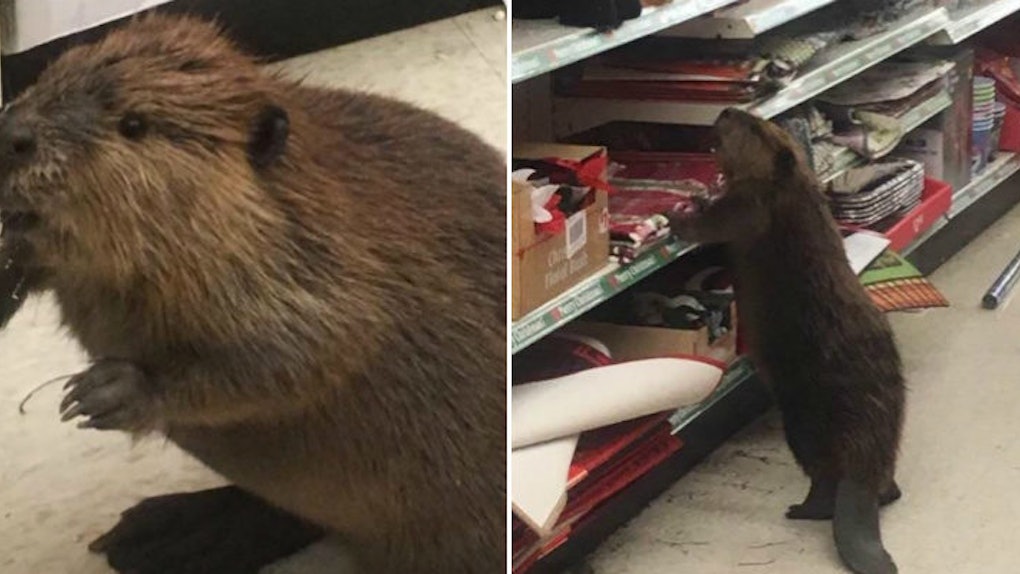 I know a lot about beavers. ;)

First of all, they're mammals. They're monogamous. They secrete a goo and it smells like vanilla. (I know we joke a lot, we have fun, but I'm serious. Vanilla goo.)

And they hate artificial Christmas trees... with a passion, apparently.

The Beaver hated Christmas -- the whole Christmas season. Now, please don't ask why; no one quite knows the reason... I think that the most likely reason of all... may have been that his heart was two sizes too small.

Wait, that's the Grinch. This beaver probably just was confused.

A beaver in Charlotte Hall, Maryland has declared a holy war when it entered a store and beelined to the artificial Christmas tree aisle.

This beaver just hates imposters. How is it to build a proper dam with a fake tree?! Is nothing sacred?

Listen, beaver buddy, I understand it's not the same as a real Christmas tree, but some people have allergies or they enjoy leaving it up for a long time without worrying about it dying.

The suspect attempted to flee the area.

The beast was apprehended by animal control. It was not charged for it's crimes, but was released to an animal rehabilitator.

All joking aside, the beaver was safely rescued by animal control and released to wildlife rehabilitation.

This beaver, who was caught at a dollar store, is probably now banned from the place of business.

This is a shame because dollar stores are a great place to buy material to prepare for the holidays. If you're spending more than a dollar on wrapping paper, you're doing it wrong, my friend.

It's just going to be ripped to shreds anyway so you might as well go cheap.