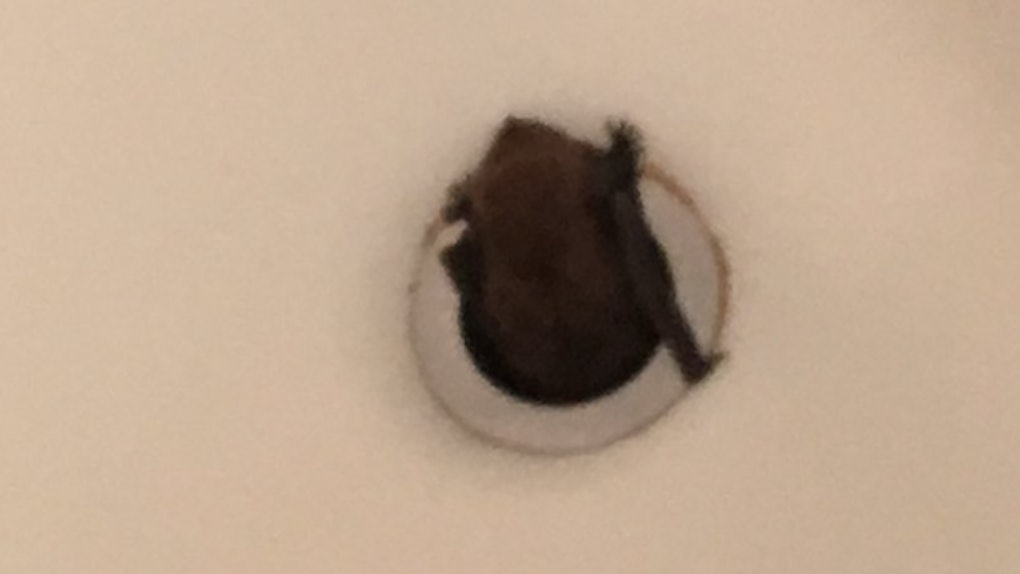 How would you react to a bat crawling out of your shower drain?

Personally, I'd have to move the hell out of my place first thing the next morning. I just don't do well with rodent-like creatures -- especially the ones that can fly.

I mean, just look at these things. They're just so... hideous and not adorable at all. I also think they might actually sound like Batman, and that alone is creepy AF.

Um, yeah, that's enough to make me move out of anywhere -- even America's most expensive home worth $250 million Did I mention I can't fucking stand bats?

One Twitter user named Kait Marie bravely shared a horrifying photo of a bat crawling out of her shower drain. How she mustered up enough courage to even grab her phone and snap a photo of it instead of fleeing the scene is unknown.

What's even more bone-chilling is she says it "turns out there's a bat colony" in her attic.

Kait had shared the photo using the hashtag #TimeToMove, which was originally made popular by late night talk show host Jimmy Fallon.

The 42-year-old TV personality asked viewers to share their best reasons for why it's #TimeToMove out of their homes.

While Kait's bat photo certainly stole the show, there were a few other great reasons why people wanted to move out of their homes.

Here's another great reason to pack your bags.

Anyone with a roommate can relate to this.

One woman even contemplated using a gun to take out a mouse.

If you ask me, I think this one is definitely the creepiest.

Of course, people couldn't help but bring Trump into the conversation.

And this... this is just too much.

Out of all of these great reasons to move, the bat crawling out of the shower drain still takes the cake.