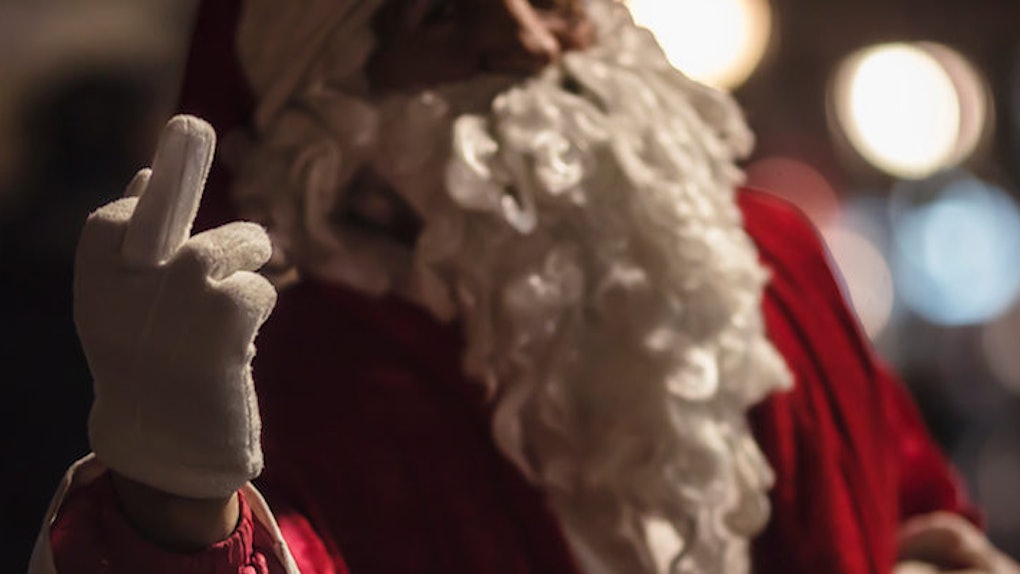 The holiday season serves as the perfect time to count all our blessings.

However, since the holidays fall within the last month of the year, December also doubles as the ideal time to reflect upon all the shitty things that've happened during the year, as well as pray they never happen again.

Yup, 2016 was certainly a doozy. It didn't under deliver on the unfortunate events by any means.

If you've managed to block out some of the tragic memories of this year, don't worry: It turns out you can relive every horrific moment that has managed to slip your mind.

Someone just created an advent calendar that's filled with all the awful things that have gone down this year.

Unlike the typical advent calendar that counts down the days to Christmas with tasty chocolate treats, the Badevent calendar dishes out a doleful collection of sad occurrences that will make you cry all over again.

This cruel advent calendar starts off strong on day one by giving you a recap of the shitshow that was Brexit.

The Badvent calendar then goes on to hit us where it hurts, by making us relive the death of the musical legend David Bowie.

From there, things get progressively worse. We are reminded we're still not over the loss of our beloved murdered gorilla, Harambe.

If you've somehow managed to maintain your composure so far, don't worry: They also touch upon the tragic bombings and terrorist attacks that have occurred over the past year.

They also mention deadly natural disasters, as well as the outbreak of new diseases... namely the Zika virus.

So, yeah: This morbid calendar is sure to send you spiraling into deep, dark depression by the end of the month.

But on the bright side, you'll be glad to know all your pain and suffering will at least go toward supporting a good cause.

It turns out Hall and Cook actually created this calendar to raise money for Educaid Sierra Leone, an organization that provides free secondary education to kids there.

If Britney Spears can get through 2007, you can get through this Badvent calendar and help out some underprivileged kids. Hopefully, you won't have a nervous, Badvent-induced breakdown and end up shaving your head.

But hey, if you do decide to take a razor to your head, at least you can donate your hacked-off hair to a cancer charity.