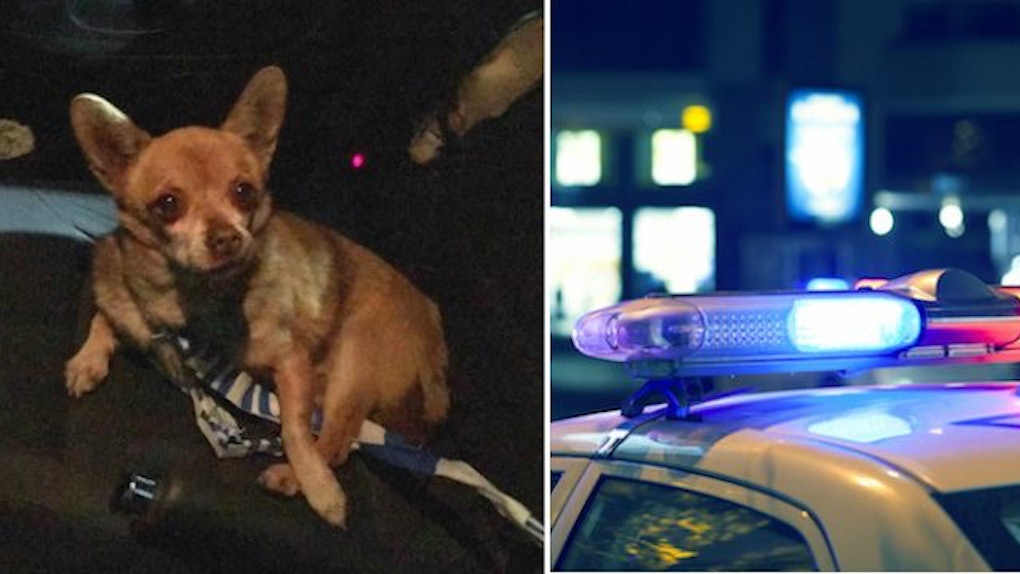 Badass Chihuahua Arrested By Police After Running Away

I have always been extremely wary of chihuahuas.

Try and tell me they don't look like they exist purely to annoy you on a constant basis by barking at decibels no human ear should ever have to endure.

Seriously, look at this dog and try to tell me otherwise:

That little guy, whom officers called Nigel, was "arrested" in northern Ireland in the early hours of Wednesday, April 19, after he exhibited some "serious anger issues" while wandering the streets alone.

He was subsequently arrested for jay walking, disorderly behavior and 2 counts of assault on police. He's got serious anger issues, and bit myself AND Big T. Wee N found this hilarious. Normally I'd make a joke about keeping him as a new PD if no one claims him. Not Nigel. He's an angry wee man and is seriously anti police!

I'm not quite sure who Big T and Wee N are, but I believe they are big bad ~men of the law~ and it sounds like this Nigel probably owes them an apology.

Sadly, it appears my beliefs about how evil chihuahuas actually are will not be validated — at least not today (my time will come though, I'm sure of it).

It seems the Craigavon officers shared the post to alert people in the area that Nigel had gone missing, as the pup did not have a collar on when authorities found him.

Please...find his owner. I like my fingers and don't fancy their chances if he's here another night. He's currently sleeping on my jacket, which I have a feeling he's not going to let me have back. By the way, in this photo he's in the drivers seat. MY seat. He chased me out of my own police car!! Angry wee so and so. Of course, the main thing is that Nigel is safe. The roads are no place for a wee lad like him to be wandering at 330am.

Thankfully, Nigel didn't occupy the officer's driver seat with his annoying chihuahua butt for very long, as his owner came forward soon after to bring him home.

Also, to the authorities' dismay, it's since been revealed the dog's name is actually Simba, not Nigel.

Good news! Nigel, aka Simba, has been picked up and is away home. Simba. Hmmm. He certainly wasn't feeling the love tonight. Thanks for the shares to spread the word and get him home. Facebook wins again.

I may still get a rage bubble in my chest just from looking at chihuahuas, but Simba/Nigel, I'm happy you're home safe now!