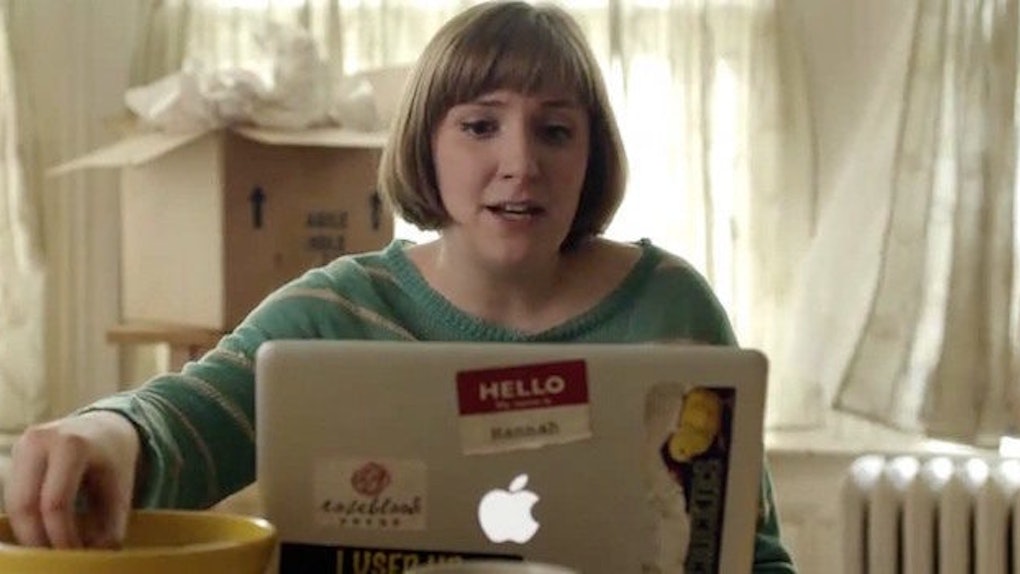 I've Facebook stalked an ex, and I had plenty of good reasons.

None of my online stalking did me much good, but it was easy to assume my actions were harmless because, hello, everybody does it.

A new report by psychologist Tara Marshall, a lecturer at the UK's Brunel University London, suggests each time an individual stalks an ex's timeline, he or she might as well be crouched in a tree outside the former flame's bedroom window, letting toxic feelings take over.

In an article for Quartz, Marshall wrote,

I've found that such Facebook stalking may obstruct the natural process of getting over an ex. More specifically, I found that this sort of surveillance was associated with greater distress over the breakup, protracted longing for an ex-partner, more negative feelings toward and sexual desire for the ex, and lower personal growth.

Nothing says, "Wait, no, seriously! I'm, like, so over him… I think?" like some self-destructive pining and stunted personal growth.

Marshall insisted other studies found those who engaged in mournful FB stalking were "six times more likely to pursue unwanted intimacy" with an ex (aka the ol' backslide).

Sure, online interactions don't always seem harmful because of the lack of direct contact, but the allure of connecting without interacting can be addictive and damaging.

If this preference for socializing online rather than face-to-face becomes excessive, it can interfere with close relationships, or performance at school or work.

When it comes to stalking in particular, Marshall claimed "low self-esteem, fear of rejection, and greater jealousy in relationships" led many to check up on ex-partners.

These elements are familiar to anyone who has loved and lost, making the time immediately following a breakup the danger zone for peeking at an ex's profile.

Last month, Facebook introduced tools to make an ex's activity less visible without blocking or un-friending them, but the temptation to seek out hurtful truths remains.

Just as our parents had to learn the wistful drive by was only going to make life more challenging, we must accept, sometimes, forcing ourselves to turn a blind eye to an ex's updates is the only way to stay sane.

Citations: Facebook stalking your ex can become addictive—and hurt you in the long run (Quartz), You Shouldn't Stalk Your Ex on Facebook — Here's Why (Mic)