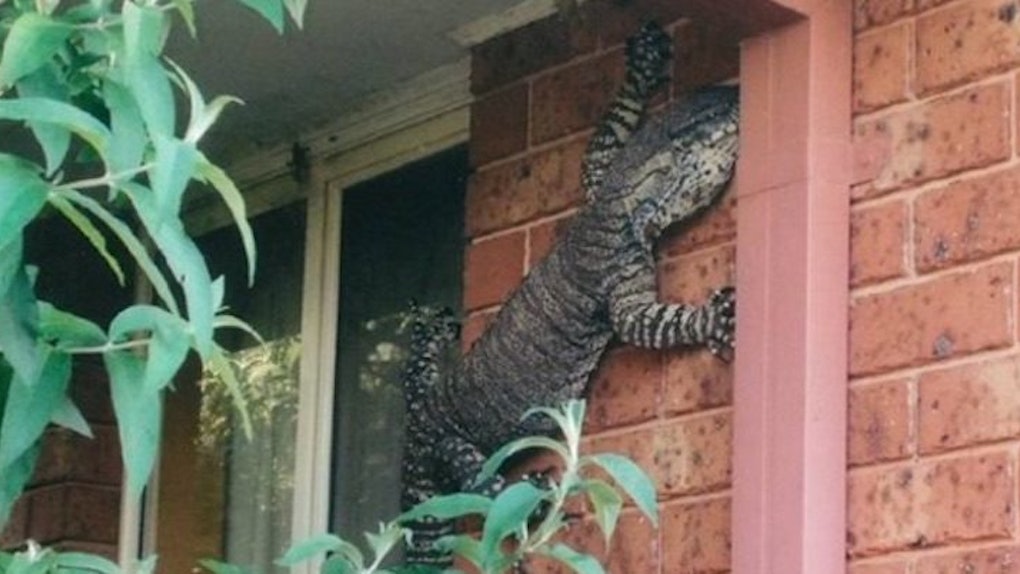 For every reason to visit Australia, there's an evil, freakish beast waiting to bite your head off to remind you why America is so great.

Case in point: One man in Sydney was casually lounging in his backyard when he spotted something that can only be described as a monster.

The menacing creature was a massive, 5-foot-long monitor lizard, the likes of which reptile-friendly Eric Holland had never seen before.

As Holland recalled in an interview with Sydney radio station 2UE on Friday,

[It was] a bloody big shock mate. I nearly trod on the bloody thing.

As Holland tells it, he slowly entered his house to get a camera, but then thought better of it and decided to leave the Godzilla-like creature be.

I had a little reality check and I thought, 'Hmm. This is a bit stupid. This guy's a big fella. If he gets cornered, who knows what'll happen. So I just backed off.

The lizard, however, had other plans.

As Holland cowered in the corner cooled his heels inside, the lizard sprang from the ground and began to scale the side of the house.

At that point, Holland probably thought, “F*ck it, I'm probably going to get eaten anyway,” and went ahead and snapped a picture.

Citations: Man Discovers Human-Sized Lizard on the Side of His Australian Home Takes Photo (Complex)