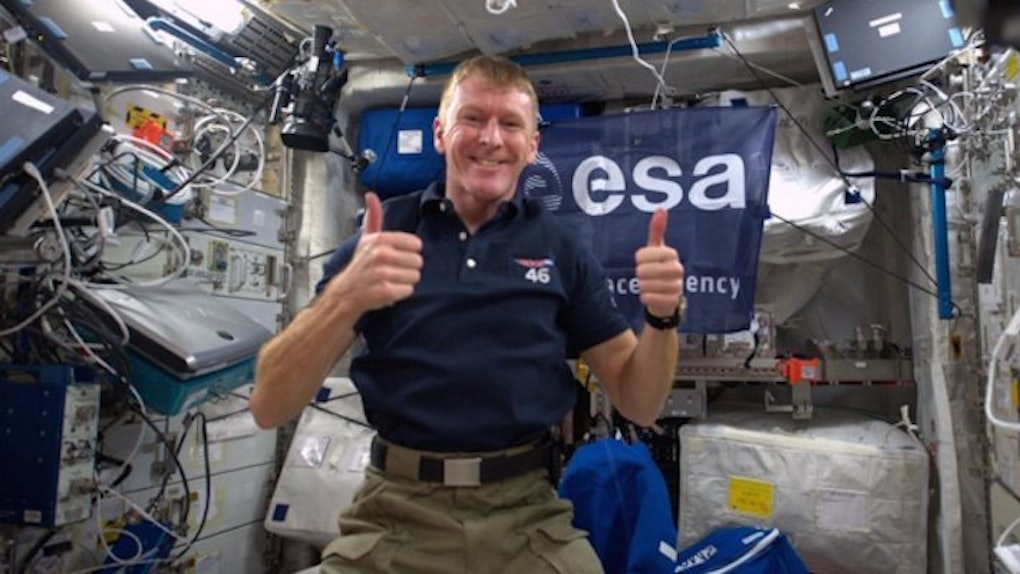 If ever there were a reason not to screen your calls, this is it.

On Christmas Eve, astronaut Tim Peake tweeted his apology to an unnamed woman he'd accidentally called from aboard the International Space Station.

According to his tweet, Peake greeted the woman by asking if he'd reached “planet Earth,” sounding like a very odd prank call. It is unclear how the conversation progressed from there, or if Peake was able to reach his family after the erroneously dialed call.

Astronauts aboard the ISS can place both voice and video calls to Earth during their free time. How they manage to decipher time zones from all the way up there, however, is a mystery to me.

The International Space Station orbits the Earth at more than 17,000 miles per hour, meaning the astronauts aboard witness approximately 16 sunsets and sunrises every day, so as a family member you should likely expect a call at any hour of the day.

Peake is one of several astronauts currently living aboard the ISS. He will live on the space station for six months, during which time he is to contribute to more than 265 science and medical experiments (that's more than two per day).

I'd like to apologise to the lady I just called by mistake saying 'Hello, is this planet Earth?' - not a prank call...just a wrong number! — Tim Peake (@astro_timpeake) December 24, 2015