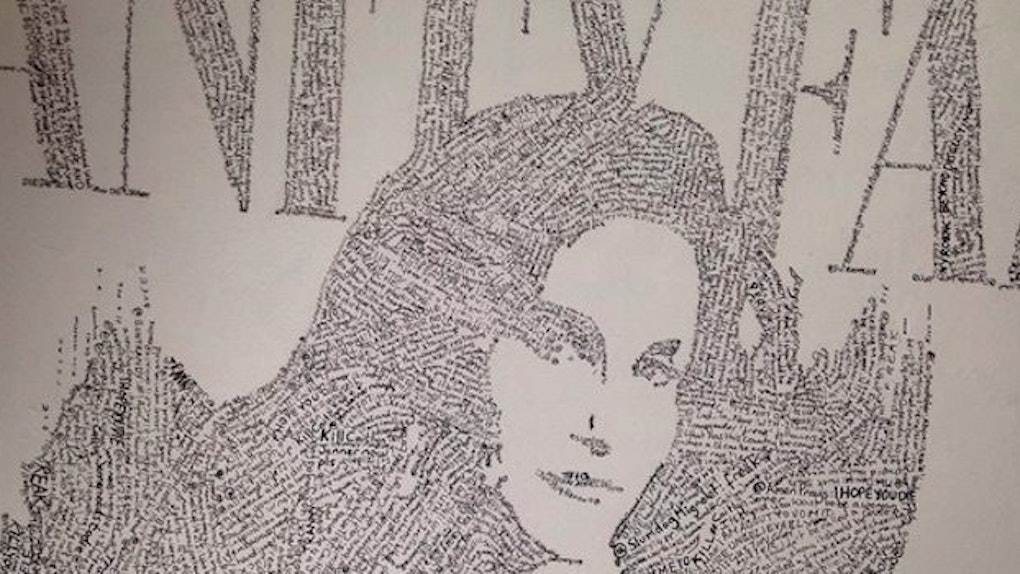 Rather than stew over the letter, which insists “the world would be betterer without people like [him],” Collins corrected its spelling and grammar and offered answers to its author's burning questions. Then he tweeted a photo of the final product.

In an interview with Gay Times, Collins insisted it was easy for him to take the letter with a proverbial grain of salt.

I can't remember who it was who said it, but I was told that the more hate messages you are getting, the more likely you are doing something that is making change. So my first postal hate mail felt like a healthy progression… When I read it the first time I didn't really think much of it. However, when I read it again I noticed it was actually oddly funny.

Despite the letter being the artist's first tangible, postal criticism, he's faced a lot of online backlash for his work.

Hate tweets normally spike after one of my paintings goes viral. However when you click the profiles of these people you see they've not only sent you a hate message, but about 15 other people in the last five minutes. These people just seem to spend their time online trying to drag others down.

Haters descended upon the painter when he began crafting portraits of LGBTQ+ celebs, such as openly gay Olympic diver Tom Daley and transgender Olympian-turned-reality-TV-mainstay Caitlyn Jenner.

Collins suggested he may use the letter in the future as a base for one of his paintings in an effort to turn a vessel of narrow-minded hate into an inspiring work of art.