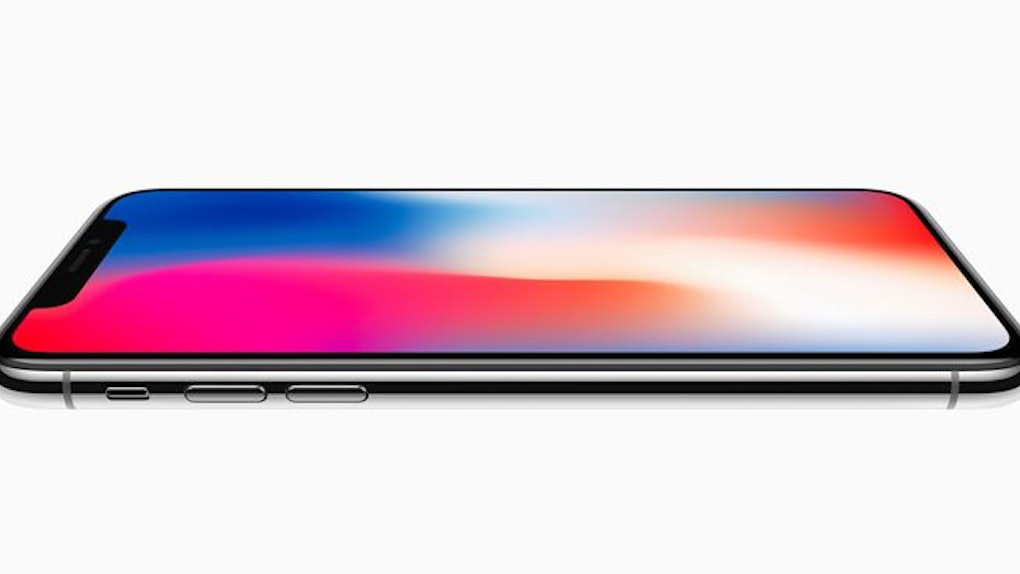 The only thing cooler than the iPhone 7? The iPhone 8. Apple held its keynote event at none other than the Steve Jobs Theater at the Apple Park in Cupertino, California this afternoon to announce the technology brand's latest innovations, including three smartphone models, a 4K Apple TV, and an LTE Apple watch. While wearable tech is still trendy, and smart TVs continue to take over living room spaces, nothing beats the launch of a brand new smartphone, and the tweets about iPhone 8 blowing up your Twitter feed are proof that people are kind of losing their minds.

Something I've noticed with the iPhone is that, at least within the last few models, the biggest difference was seen on their price tags. Little tweaks were made within the models, sure, but I'm willing to bet the average iPhone owner couldn't tell you what the difference between the phones were aside from aesthetic and what the camera did for his or her Instagram photos.

This time around, however, Apple's promising changes that will influence smartphone design for years to come. Tech analyst Tim Bajarin of Creative Strategies told USA Today that the release of the iPhone 8 is expected to “bring us into the next ten years of iPhone design” and that he expects the brand “to do things that [he] believes are unique and do push technology boundaries.” Basically, if you're looking to upgrade, now's the time.

So what's new and improved about the iPhone 8?

Well, first of all, allow me to remind you that looks can be deceiving. So even though the iPhone 8 is pretty much identical to the iPhone 7, they aren't exactly twins.

This model comes in silver, space gray, gold, features an almost-impossible-to-break glass screen and back, and an aerospace-grade aluminum body. It's basically dream tech for butterfingers known to drop their phone every five seconds (aka me). And if the build wasn't enough of a selling point, the phone is water-resistant, can be charged wirelessly (all the convenience!), comes with an upgraded camera sensor, and a new Retina display with True Tone that makes staring at its gorgeous screen all day easier on the eyes.

For gamers and social media buffs, BuzzFeed News reports that the new A11 Bionic chip performs 25 percent faster than A10, the GPU is also 30 percent faster, and you'll also notice "faster low-light autofocus, pixel processing for sharpness, and noise reduction."

As awesome as this all sounds, though, some iPhone users aren't interested in the phone's insanely high price tag.

Free upgrade options for the win!

Man's got a point here. They are charging an awful lot for taking away some key accessories.

More like when I see the price tag on any iPhone.

But the camera makes it worth it, right? Do it for the 'gram.

And despite these fancy features, some say the new model is still too similar to the iPhone 7.

Honestly, no one will know the difference.

Then there's no point in upgrading anyway, right?

It is what it is.

I told you looks can be deceiving!

Also, no one really knows how to feel about this new face recognition feature.

This is half funny, half not, but kind of something that should be discussed?

OK so the feature isn't exactly "new" to technology, but it's still pretty cool.

My phone doesn't even recognize my fingerprint half the time, so I can sympathize here.

That's one way to do it.

I can see why there may be doubts.

Nonetheless, iPhones are iPhones, and a lot of people are pumped for this release.

That's what cases are for!