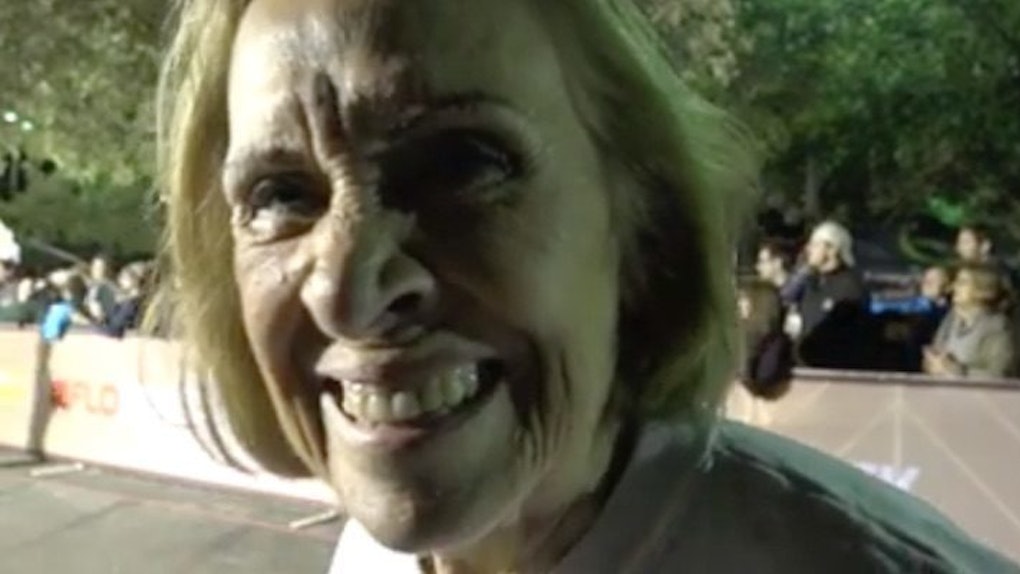 Elvira "Vera" Montez, 81, is an avid runner, but when her daughter suggested she try and run a beer mile, Vera hesitated. She hesitated not because she didn't think she could finish, but rather because she prefers scotch.

I'm not a big beer drinker. I like beer when the weather is real hot and there's nothing else to drink. I'm really a scotch drinker, Chivas if it's available. If it was scotch we were drinking instead of beer, I would have run a lot faster.

But on December 1, Vera laced up her running shoes alongside her daughter for the 2015 FloTrack Beer Mile World Championships. She finished her mile, and the requisite four beers, in 20 minutes and 24.62 seconds, a full minute faster than her daughter.

Think that's impressive? This is actually Vera's second beer mile. Last year she completed it in 20 minutes and 44 seconds, making the 2015 race her personal record.

That beer mile was tough. Last year, we finished together but she's a faster beer drinker than I am. I can beat her on the running part, but not the beer drinking part.

After the race, Vera apparently took her daughter to Hooters for chicken wings and scotch. Vera additionally told Runners World, she will return next year and plans to train by drinking beer on her treadmill.