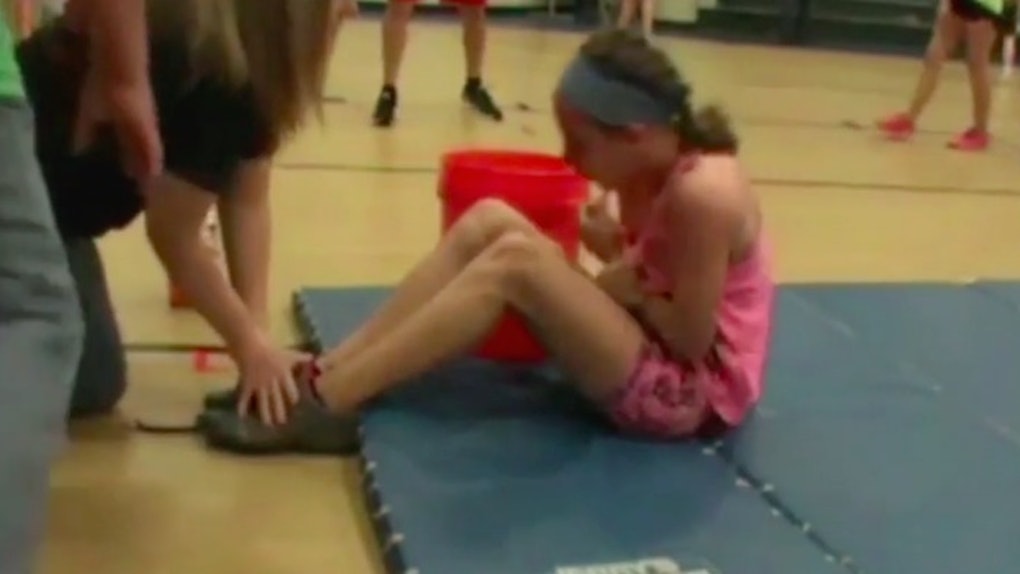 You want to feel terrible about yourself? A 10-year-old girl from Missouri just did 2,110 sit-ups to break a Project Fit America record. What did you do today? Let me give you a second to put on pants that aren't sweats and wipe the Cheetos dust from your T-shirt.

Meet elementary schooler Kyleigh Bass, a 10-year-old who doesn't have core muscles as much as concrete springs and a never-say-never attitude. After the Kansas City native did 800 sit-ups in a single try, she became determined to go for the glory and try to snag a national record.

So, she trained with her physical education teacher and eventually got to a point where she thought she could potentially do 2,002 sit-ups, exactly one more than the previous record.

She didn't accomplish that feat.

No, instead, after an hour and a half, she ended up doing more than 100 sit-ups above her goal, setting the new record at an ungodly 2,110 sit-ups.

Yeah, let that number sink in for a second.