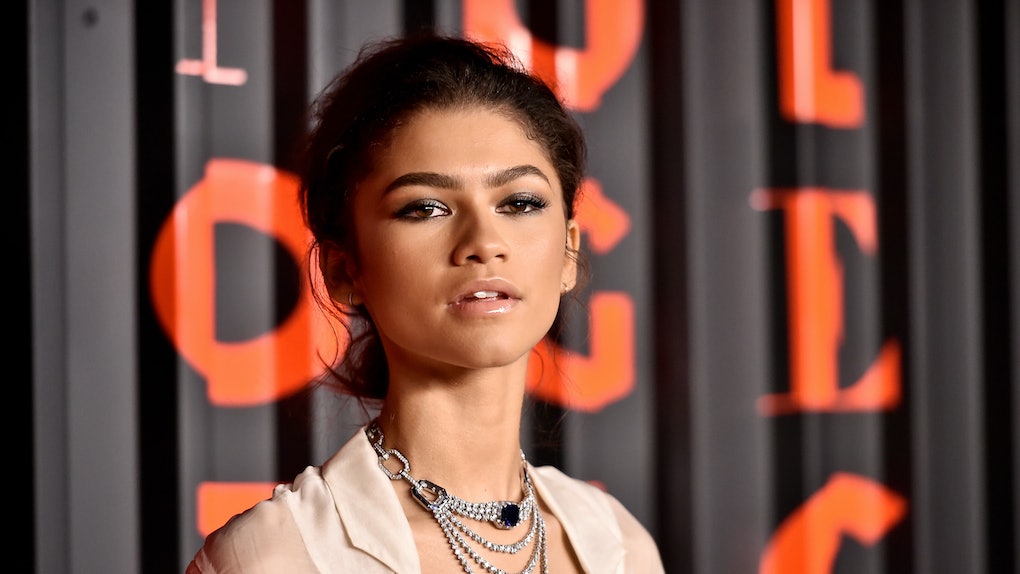 It's awards season once again, and with the Oscars just weeks away, celebrities are reflecting on their past experiences. The star-studded show is known for bringing out the best and brightest talent in film, but the show has also had some less favorable moments. Case in point? Zendaya revisited Giuliana Rancic's offensive comments about her hair on the red carpet and fans were reminded how uncalled for the remark really was.

Back in February 2015, Rancic gave more than her two cents on Zendaya's red carpet look during an after-show, making disparaging comments about her dreadlocks and claiming they appeared to smell "like patchouli oil or weed." At the time, the Disney Channel alum took to Instagram to defend herself, deeming Rancic's comments "outrageously offensive." Six years later, she hasn't forgotten the way the comments made her feel. In her new cover story for W magazine, Zendaya acknowledged that she had a duty to voice her feelings on the way things went down.

"That's how change happens," Zendaya said, defending her decision to speak out about the incident. "And it made me think, 'How could I always have a lasting impact on what people saw and associated with People of Color?'"

Zendaya first spoke out directly after the 2015 television segment aired, responding to Rancic with a statement on Instagram.

"There is a fine line between what is funny and disrespectful," she wrote at the time. "Someone said something about my hair at the Oscars that left me in awe. Not because I was relishing in rave outfit reviews, but because I was hit with ignorant slurs and pure disrespect."

"To say that an 18-year-old young woman with locs must smell of patchouli oil or 'weed' is not only a large stereotype but outrageously offensive," Zendaya added. "I don't usually feel the need to respond to negative things but certain remarks cannot go unchecked."

Rancic eventually apologized on air in a one-minute video in which she acknowledged she "crossed the line."

In the years following the incident, Zendaya became one of the most influential activists in Hollywood. Her career has evolved a lot since her Disney days, but she's never been afraid to make her voice heard.

More like this
Bella Thorne's "Phantom" Reveals The Lessons She's Learned About Healthy Relationships — EXCLUSIVE
By Brandy Robidoux
These Quotes From Colton Underwood's 'GMA' Interview Reveal Both Joy & Pain
By Hannah Orenstein
Are BTS & Coldplay Collaborating On A Song? Here's Why Fans Think It's Happening
By Michele Mendez
Stay up to date