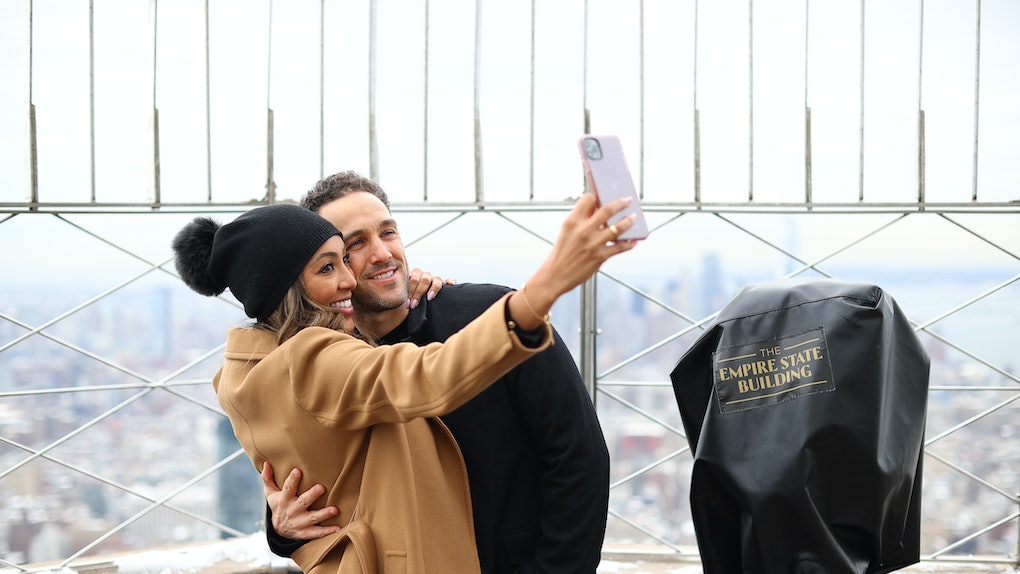 Ever since our last Bachelorette rode off into the sunset on a makeshift taxi, fans have been clamoring for any and all wedding details (and enjoying her cute Instagrams in the meantime). Finally, there’s some news on that front: Although they’re still enjoying their engagement, Zac Clark & Tayshia Adams are officially planning their wedding. “Obviously, there’s wedding plans,” Clark told Us Weekly in a Thursday, April 8 interview. There isn’t a set date at this “very moment,” but “yes,” there will be one in time.

Some Bachelor couples choose to televise their weddings, while others opt to tie the knot off-screen. When asked whether he and Adams might fall into the latter camp, Clark gave the most on-brand answer possible. “I would say probably not, knowing us,” he said. “I would say that’s probably a ‘No,’ but, hey, happy wife, happy life. So, whatever she wants, I’m in.” Previously, Clark told Good Morning America that he hopes they have “a big wedding, when the day does come,” but — again — if Adams wants something else, “she’s gonna get what she wants.” I mean, would you expect anything else from the man who promised to choose her forever?

Adams, meanwhile, has been a little more specific about her wedding timeline. “Honestly, if it was up to Zac, we would be married already. He’s ready to go,” she joked on a January episode of her podcast, Click Bait. But after their whirlwind TV romance, Adams says she’s still enjoying the process of dating her fiancé. “We’re just going to kind of take it slow for a hot minute... We’ll probably get married in like a year or so. Give us a year.” She added that there likely won’t be a wedding in 2021, but “maybe 2022.”

But that doesn’t mean she isn’t thinking about it. “At first, Zac was the person to be like, ‘We could get married next week.’ And I was like, ‘Slow your roll.’ I’d love to date a year,” she told Marie Claire in February. “And now I’m like, ‘You want to... maybe next month?’ And he’s like, ‘Tayshia, slow your roll.’ We’re back and forth.”

Since Clark’s heartfelt proposal on the December 2020 finale of The Bachelorette, Adams has split her time between California and Clark’s home in New York. Now. However, she’s off filming the next season of The Bachelorette, which she’ll be co-hosting alongside fellow former Bachelorette Kaitlyn Bristowe. Clark paid her a surprise visit on set in early April.

“If you had told me in March that I’d be getting engaged by the end of the year, I would not have believed it for a second,” Adams told People in December. “But I want to experience life with [Zac] by my side. He’s what I’ve always wanted.”

More like this
Did Zac Clark's Mom Unfollow Tayshia Adams? It's Not That Deep
By Lydia Wang
Prince William's Rumored 10-Year Anniversary Gift For Kate Middleton Is So Extra
By Corinne Sullivan
Are Clare Crawley & Dale Moss Engaged Again? This Update Has Fans Convinced
By Candice Jalili
Stay up to date