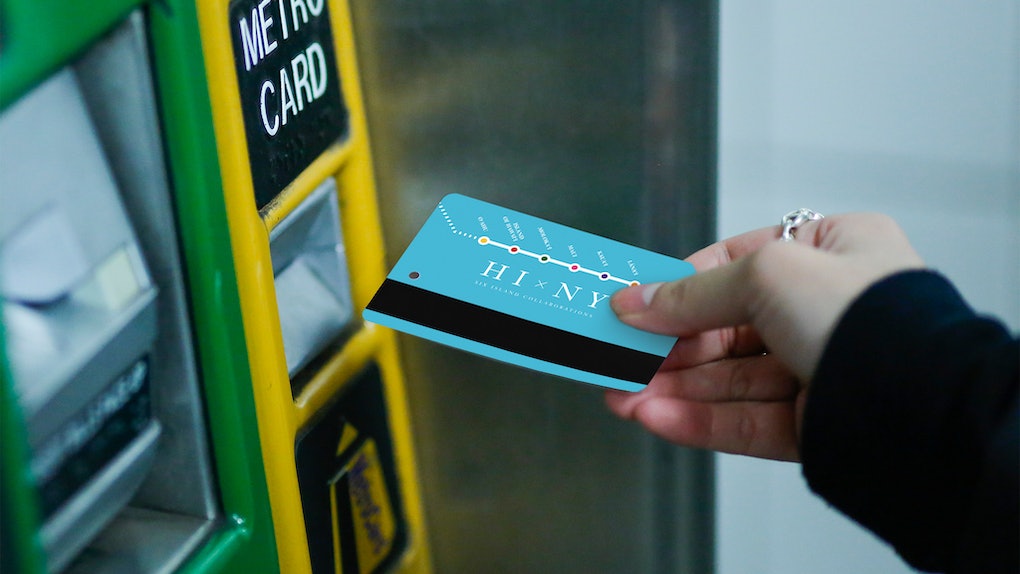 Courtesy of The Hawaii Visitors and Convention Bureau

You Could Win A Hawaiian Vacation With Your NYC MetroCard, So Happy Commuting

If you're a New Yorker dreaming about trading out the concrete jungles of the city for actual jungles, you may be in luck. The Hawaii Visitors & Convention Bureau launched an initiative on April 23, 2019 that will bring one lucky New Yorker and a plus-one from the Empire State all the way to the Aloha State. The only thing needed for entry? An MTA MetroCard. Yep, you right that right, you could win a Hawaiian vacation with your NYC MetroCard, and commuting has never been more glorious.

Here's how the process will work: from April 23 to April 30, 2019, participating MTA subway MetroCard machines will be dispensing Hawaii-branded, refillable MetroCards. People who purchase one of these cards will find a code printed on the back. To enter the contest, all participants need to do is go online and enter the code on the back of the MetroCard, and they will automatically be part of a drawing for a Hawaiian getaway. Pretty cool, right?

There are 250,000 Hawaii-branded Metro cards with special codes on the back and they can be purchased at one of eight subway stations participating in the initiative: 2nd and Amsterdam, 86th and Lexington, 59th and Columbus, 23rd and 8th, 14th and Union Square, Broadway & Lafayette at Houston, Fulton Street, and Atlantic Av-Barclays Center.

The lucky winner of the sweepstakes will win a seven day, six night trip for two to a Hawaiian island of their choice from the following islands: Kauai, Oahu, Maui, or the Island of Hawaii, per the official contest rules. The trip will include round-trip coach class air transportation from an NYC airport to Hawaii, accommodation for six nights, a rental car for seven nights, and a $1,500 gift card for spending money.

New Yorkers are some of the hardest working people on the planet and the subway is a pivotal part of their everyday lives. We appreciate the hustle of New York City, but know that New Yorkers crave time to get refreshed and inspired ... it’s all about seeing the islands in a new way before going back to the bustle of the city.

The MetroCard promotion is part of a larger initiative being put forth by the Hawaii Visitors and Convention Bureau to attract more New Yorkers to the islands. But if you don't win the big MetroCard promotion, don't worry, because there are six other opportunities to win big Hawaii-related prizes each month between May and October. The additional giveaways are created in collaboration with New York-based brands. The contests include Oahu x The Governor's Ball, in which the winner will get an all-expense paid trip to Oahu and tickets to Governor's Ball; Island of Hawaii x Barry's Bootcamp, in which the winner will receive a 25-class package to Barry's Bootcamp in addition to their seven day, six night trip; and Molokai x Best Made, in which the winner will receive a Best Made package.