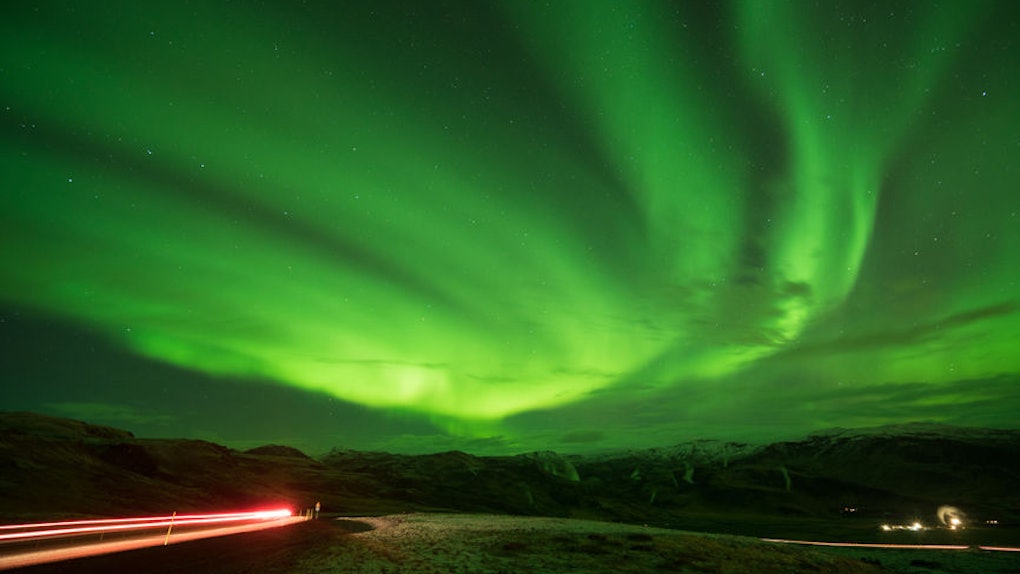 This year's President's Day celebrations have come and gone, but it looks like WOW Air's President's Day 2019 flight sale is still up and running. If you were out of the office on Monday, Feb. 18, you might've stayed off of your computer (understandable). However, you might've also missed out on cheap plane tickets to Europe, because the airline began offering $45 one-way flights to Iceland in honor of the holiday. If you missed the special, don't fret — because it looks like there are still tickets available on the company's website. Still, there's no telling how long they're going to last — so you better act quick if you want one.

That's right: Grab your wallet and head to WOW Air's website so you can see which $45 one-way tickets to Iceland are left from the sale. Per Miles to Memories, there were only 1,000 $45 tickets available to begin with during the "one day" flight special — and since some of them are still on the site, I'm going to assume that not all of those tickets were sold yet. A representative of WOW Air tells Elite Daily by email that the offer will be ongoing until seats sell out, so better get it while you can.

As of the morning of Feb. 19, those cheap one-way tickets are still listed on the site. In order to find them, click on the company's home page and scroll down until you see the "Our best fares" section. If you choose "All airports" in the dropdown menu to the right of the page, you should be able to see a handful of $45 flights.

The flight specials that are shown originate from four different cities: Boston, Washington D.C., New York, and Detroit. If you know which area you'd prefer to fly out of, head back to that dropdown menu and click on that particular city. After doing so, a list of $45 flights should appear on the screen (if they're still available, that is). At the time of publication, there are various $45 one-way flights to Iceland available for Monday and Wednesday travel from the cities that I previously mentioned. According to Miles to Memories, the President's Day flights were originally on sale for travel between March 1, 2019 and May 31, 2019.

But now that President's Day 2019 has passed, there's no telling how long those flight deals will be available — so if you have your eyes on a cheap trip, buy your tickets ASAP.

I say "tickets" because, yes, you'll have to purchase a return trip for your flight (unless you're planning on moving to Iceland this spring). By the looks of it, those return tickets aren't on sale for $45. However, if you end up scoring a cheap flight to Iceland, chances are high that your total round trip won't be as expensive as it usually would be.

With all of that being said, now's your chance to book a cheap trip to Iceland for spring 2019. Sure, $45 tickets might be scarce, but that doesn't mean it'll be impossible to find one that works for you. If you come across a round trip that fits into your budget, mark your calendar and get ready for an Iceland vacay.