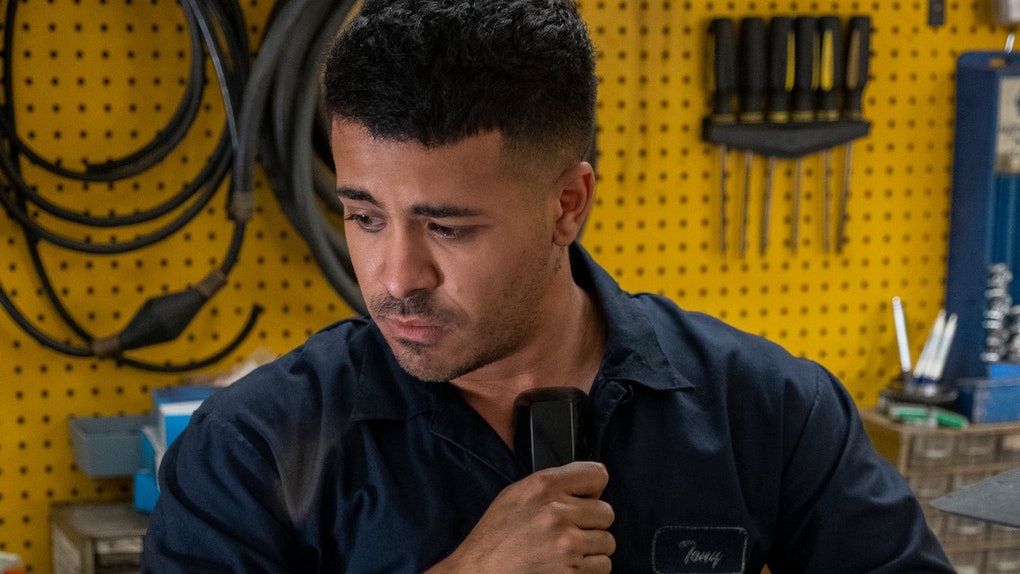 Will Tony Go To Jail In '13 Reasons Why' Season 4? This Theory Spells Bad News

Spoiler alert: This post contains spoilers for 13 Reasons Why Season 3. For all of the turmoil every character in 13 Reasons Why had to put up with in Season 3, the finale ended on a relatively uplifting note. Although Monty met a sudden end in prison, Alex got off the hook for Bryce's murder, Justin admitted he is willing to start rehab, and Clay and Ani finally started dating. But with one final season still on the horizon, things are definitely going to get bad again for the 13 Reasons Why teens — especially Tony, fans think. Will Tony go to jail in 13 Reasons Why Season 4? That's a new theory among the fandom, and it definitely makes sense when you think about it.

Tony's arc in Season 3 was one of the most emotional and relevant stories of the season, as he was shocked to learn his family had been detained by ICE and deported to Mexico. It got even worse when he learned it was Bryce's lawyers who exposed the Padilla family's immigration status, leaving only Tony and his younger sister in America, since they are legal citizens. Despite the devastating separation, Tony did get to introduce his family to his boyfriend Caleb via a video call at the end of the season, and it was also revealed he had been meeting with a Mexican cartel fixer to launder money to send to his parents. Because of that, Tony is probably in hot water heading into the final season, but that's not the reason fans think he will be thrown into prison in Season 4.

The real issue for Tony is Tyler's guns. In one of the major cliffhangers from the finale, a fisherman reeled in the whole artillery of guns Tony had thrown into the river at the end of Season 2. Of course, these were the guns Tyler had planned to use at the Spring Fling dance before Clay managed to stop him.

It definitely looks like Tyler will finally be facing some major consequences for his actions in Season 4, but unfortunately, Tony may have to take the fall along with him, since the guns are also connected to Tony. As Caleb reminded viewers when the fight broke out at the homecoming game, Tony already has two strikes against him — one more infraction has got to mean jail time.

Making matters even worse, if Tony ends up in jail, there will be nobody left to send money to his family in Mexico. Not to mention the fact that Monty was just killed in the Evergreen County Jail after he came out to his father. Of course, fans do not know if Monty was killed by a homophobic inmate — they really don't know anything about Monty's murder, really — but it still feels like a terrible precedent for Tony's potential lock-up.

Basically, Tony getting thrown into prison could be one of the most devastating things to happen in the show's fourth and final season, and sadly, it is also one that seems pretty likely.

More like this
This 'Stranger Things 4' Theory About Eleven's Past Is Super Dark
By Ani Bundel
'Sweet Magnolias' Season 2: Netflix Release Date, Cast, Trailer, & More
By Dylan Kickham
Netflix Canceled 'The Irregulars' After 1 Season & Fans Are NOT Pleased
By Ani Bundel
Stay up to date