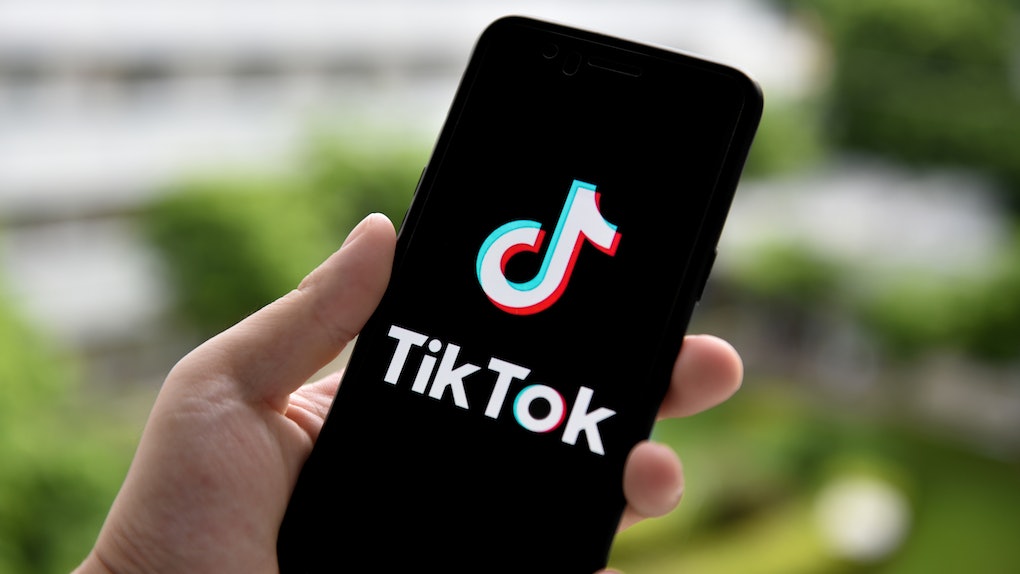 Will TikTok Be Banned In The United States? The Trump Administration May Consider It

In the midst of rising tensions between the United States and China, Americans may potentially have to say goodbye to social media apps like TikTok. Back in Julys, Secretary of State Mike Pompeo said the Trump administration was "looking at" banning TikTok and other Chinese social media apps. More than two months after the initial concern, the Trump Administration announced a ban on TikTok downloads in the United States, which was set to take effect on Sunday, Sept. 20. However, according to an update on TikTok’s website on Saturday, Sept. 19, the company’s proposal to have U.S.-based software company Oracle and Walmart combine to form a new entity called TikTok Global was approved by President Trump.

According to NPR, President Trump gave the proposal his “blessing” and "approve[d] the deal in concept,” which prevented the app from being taken off app stores on Sunday. According to TikTok’s Sept. 19 statement, “Oracle and Walmart will take part in a TikTok Global pre-IPO financing round in which they can take up to a 20% cumulative stake in the company.” The company will also add 25,000 jobs in the United States, as well as “maintain and expand” TikTok Global’s headquarters in the United States.

Prior to the deal, The New York Times reported the Sept. 18 announcement from the U.S. Department of Commerce wasn’t set to be a full ban on the app, but rather a ban on new downloads of the app from app stores like the App Store and Google Play. In an emailed statement to Elite Daily on Friday, Sept. 18, a TikTok Spokesperson said the company was disappointed by the announcement. The statement read, in part, “We disagree with the decision from the Commerce Department, and are disappointed that it stands to block new app downloads from Sunday and ban use of the TikTok app in the U.S. from Nov. 12.”

TikTok’s spokesperson added, “In our proposal to the [U.S.] Administration, we've already committed to unprecedented levels of additional transparency and accountability well beyond what other apps are willing to do, including third-party audits, verification of code security, and [U.S.] government oversight of [U.S.] data security.”

Elite Daily reached out to the Commerce Department and the White House for further comment on the decision and on TikTok’s response, but did not hear back at the time of publication. In a statement announcing the ban on Sept. 18, Commerce Secretary Wilbur Ross said, “Today’s actions prove once again that President Trump will do everything in his power to guarantee our national security and protect Americans from the threats of the Chinese Communist Party.” TikTok has previously denied providing any data or user information to the Chinese government.

In TikTok’s Sept. 19 statement, the company said, “While we strongly disagree with the implications of TikTok as a national security threat, we nonetheless understand the concerns.” Citing many efforts to increase transparency, TikTok heralded its hiring of Roland Cloutier as the Chief Security Officer, its Transparency and Accountability Center, as well as the company’s Transparency Reports.

During his July interview with Ingraham, Pompeo also pointed to Huawei and ZTE — two Chinese telecommunications networking companies that were designated as national security threats by the FCC in June 2020 — to suggest that something similar could happen to TikTok. "With respect to Chinese apps on people's cell phones, I can assure you the United States will get this one right too, Laura," Pompeo told Ingraham. The Department of State did not answer Elite Daily's request for additional comment on the subject at the time.

Pompeo's comments in July came on the heels of an announcement by TikTok that the social media platform would cease its operations in Hong Kong after China passed a controversial national security law there on June 30. The law will enable Chinese authorities to crack down on anti-government demonstrations following pro-democracy protests that emerged in the region in 2019, per The New York Times. According to the BBC, the new security law has critics worried about the future of protests and freedom of speech in Hong Kong. According to TikTok's parent company, ByteDance, it would be difficult for TikTok to maintain its existing privacy standards under the new law, prompting its decision to pull out from the Hong Kong market.

The possibility of a U.S. TikTok ban prompted disappointed reactions from American social media users, millions of whom have downloaded the app during nationwide stay-at-home orders as a result of the coronavirus pandemic. Although TikTok originally launched in 2016, the social video platform exploded in popularity across the country during the pandemic, with 315 million new downloads between January and April 2020, per Business Insider.

The United States was not alone in announcing a TikTok ban. In the wake of rising tensions between India and China, the Indian government announced on June 29 that it was banning TikTok and 58 other Chinese apps, citing national security concerns. According to GQ, Australian TikTok users are also concerned that their country's government may be exploring a TikTok ban, with Australian Prime Minister Scott Morrison suggesting that "it's right for people to have an increased awareness of where these platforms originate and the risks they present."

With this new deal, it appears the threat of TikTok ban has been laid to rest, and the company said on Saturday, “This is just the beginning for TikTok, and we're so excited to be with you in this journey for the long run.”

This article was originally published on July 7, 2020