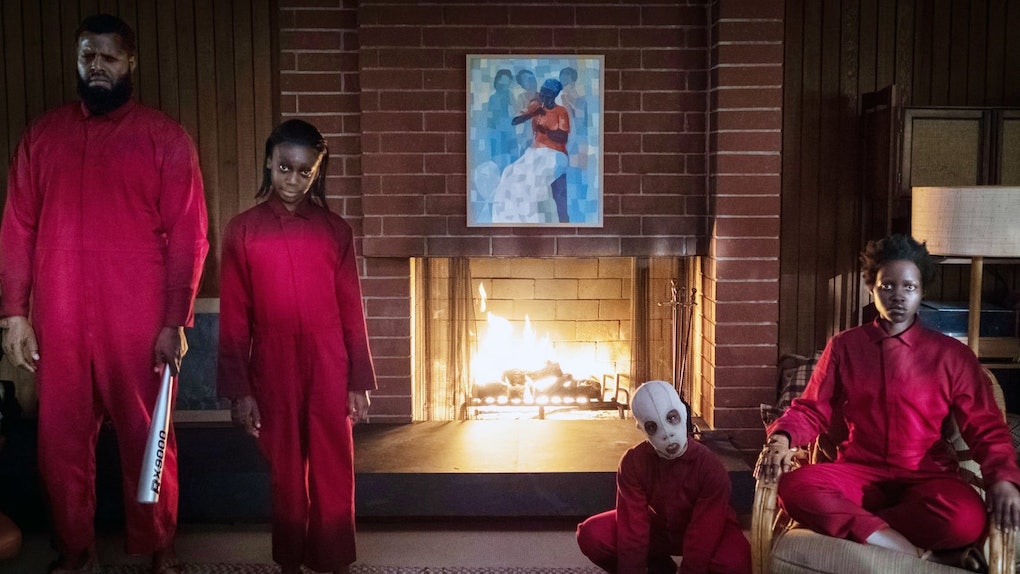 Will There Be An 'Us' Sequel? Jordan Peele Says He Has A Whole Mythology For The Tethered

If you have seen Jordan Peele's latest horror movie Us, then you almost definitely left the theater with a ton of questions. The bone-chilling new movie introduces some mysterious, killer doppelgängers, but does not fully explain their origin. The final moments of the movie also include a shocking twist that has fans begging for more of the story. So one of the biggest questions right now is: Will there be an Us sequel? Although nothing is officially confirmed, Peele's comments about the untold backstory of the Tethered has fans pumped for a potential sequel or prequel movie.

Spoiler alert: This post will contain spoilers from Us, so don't read on until you see the movie. All of the biggest questions about Us revolve around the Tethered, a class of doppelgängers who rise up and begin killing people with golden scissors. Red, the doppelgänger of Lupita Nyong'o's Adelaide, provides us with a taste of the Tethered's backstory when she first comes face to face with the Wilson family. She implies that the Tethered are shadows of the above-ground human beings, forced to mirror their actions under the earth.

Red finally gives an even clearer description of how the Tethered came to be towards the end of the movie. She reveals that the Tethered were the result of a covert government experiment in the 1980s, with the goal to control the public. But when the experiment failed, the Tethered were abandoned in their underground lab, forced to live out their lives mirroring the actions of their above-ground counterparts. That is, until Red is able to break free when Adelaide discovers the entrance to the underground lab at Santa Cruz beach. In the final-moment twist of Us, it is revealed that Adelaide has actually been Red all along, switching places with the original Adelaide back when they were little girls.

The ending raises a lot of questions about the Tethered, though. Like, if they are forced to mirror the behavior of their doubles, then how were the Tethered versions of the rest of the Wilson family able to move on their own and get out of the lab? It seems all the Tethereds were able to break free of their forced mirroring, but how did that happen? And of course, what is the goal of the Hands Across America stunt that the Tethereds are executing?

The only person with the answers to these questions and more is Jordan Peele, and fans can rest assured that he does indeed have the answers. Peele revealed to The Hollywood Reporter that he has an "elaborate mythology and history" of the Tethered, but wanted to leave a lot of it a mystery in Us:

I have a pretty elaborate mythology and history of what's going on in this film. And of course, the dilemma that comes up is how much of that do you tell? When there are questions left, and you know there is more to the story, your imagination is left to run wild.

Does that mean we might get an Us follow-up that dives further into the Tethered's mythology in the future? Well, we know there is definitely more story there, so there is hope!