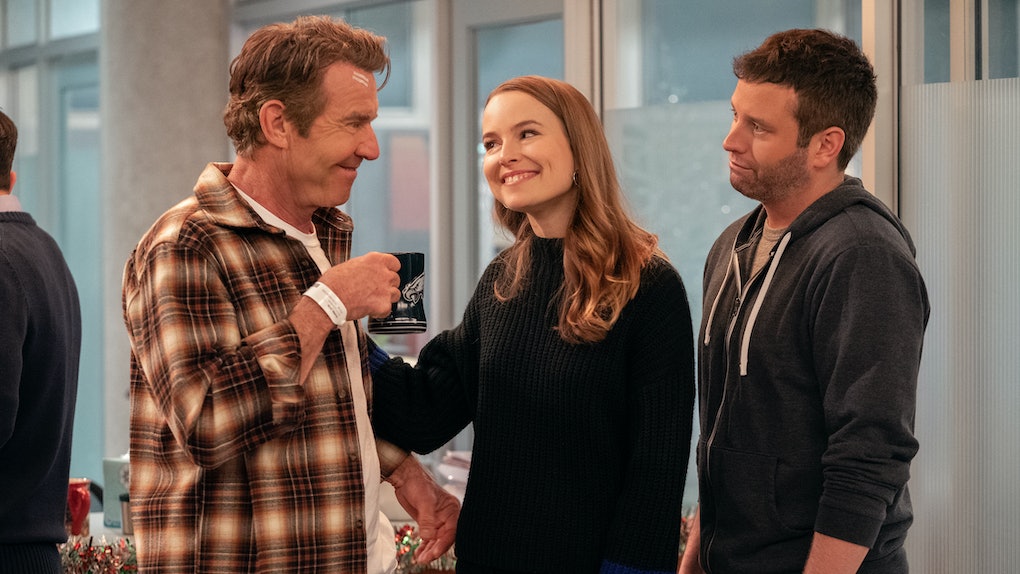 Will There Be A 'Merry Happy Whatever' Season 2? Bridgit Mendler Has Ideas — EXCLUSIVE

Merry Happy Whatever is technically a traditional family sitcom, yet it's unlike any you've seen before. While other shows' seasons usually take place over the course of a year or so, the entire first season of this one is jam-packed into just one week, during Christmastime. With such a unique season structure, it begs the question of whether there's any story left to tell in a Merry Happy Whatever Season 2. Well, according to one cast member, even though Christmas might be over for the show's family, the calendar is filled with plenty of other holidays that more seasons of the series could follow.

Warning: Spoilers for Season 1 of Merry Happy Whatever follow. Merry Happy Whatever tells the story of the super tight-knit (and sometimes overbearing) Quinn family as they celebrate Christmas together. Bridgit Mendler (who you may remember as Teddy from Disney's Good Luck Charlie) plays Emmy, the youngest of the four Quinn siblings. She brings her boyfriend Matt (Brent Morin) home for the holidays, where he has to face the intense scrutiny of the tough-to-please Quinn patriarch Don (Dennis Quaid). Season 1 ends after Matt has won Don over and all the holiday festivities have ended. But there's plenty more of the Quinns' story left to tell. And while a Season 2 hasn't been announced yet, Mendler has some ideas for how it could go.

"The cool thing about the holidays is that you kind of do have your time away from the flow of regular life to think about things," Mendler says to Elite Daily. "For Emmy, she winds up thinking about so many different things about her life that hadn’t come into focus before, so it’s really like a jostling experience over the holidays, but it winds up being a good thing ultimately."

But it's not just Christmas that can make all this happen. The idea of celebrating a variety of holidays is baked right into the title of the show; the "whatever" in Merry Happy Whatever leaves room for all the many special occasions that families experience together.

"What would a season around Halloween look like? Valentine’s Day? What can we do?" Mendler says. "I think it would just be fun to be with everybody again."

If Season 2 does get the green light, Mendler says she will feel quite comfortable stepping back into Emmy's shoes for more celebratory fun.

"I do relate in a lot of ways to Emmy," she explains. "She’s ambitious, she can have her own way of doing things, she’s very independent. And she also really thinks for herself. She has this person that she loves and as much as she wants her family’s approval, she cares about doing things the way that seems right to her."

Season 1 of Merry Happy Whatever is available on Netflix now.