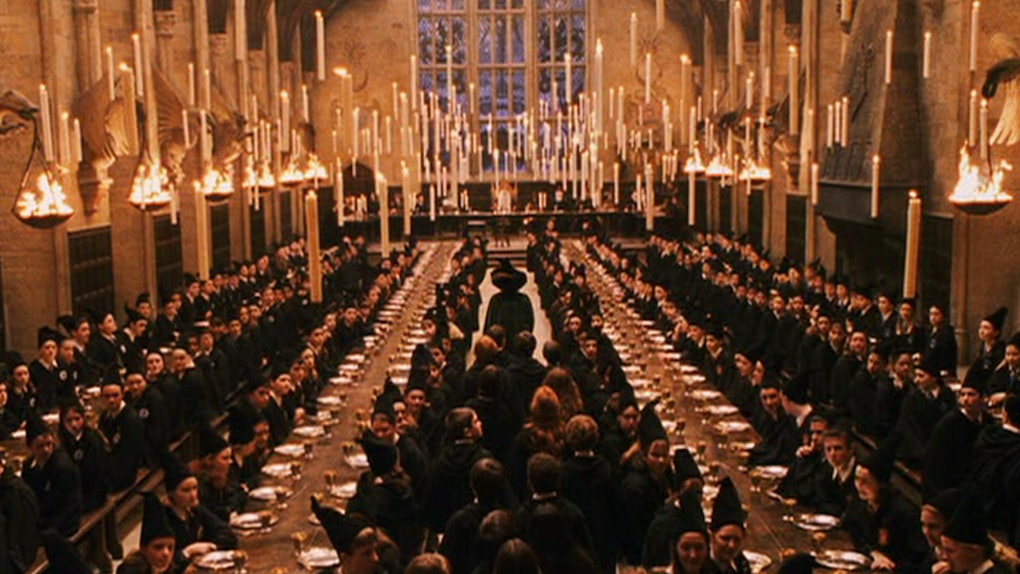 Will There Be A 'Harry Potter' Marathon On Thanksgiving 2018? Keep The Butter Beer Flowing

It's that time of year again. The turkey is already defrosting. The cans of cranberry and pumpkin are in the pantry. The arguments over stuffing have begun. Everyone is re-checking their flights to see how bad the delays and lines will be this year for traveling. Thanksgiving must be right around the corner. For Potterheads, this means one thing: Harry Potter Weekend! But wait! Harry Potter Weekend is no more, as the rights to the movies are no longer held by ABC and Freeform. Will there be a Harry Potter marathon on Thanksgiving?

The broadcast rights to the Harry Potter movies went to Disney and the Disney-owned broadcast channel, ABC, back in the aughts when the films first came out. Once all eight were released, Disney moved the marathons to what was then known as ABC Family. By the time the channel changed its name to Freeform, so-called Harry Potter Weekends had become a fan-created institution with plenty of Tumblr memes and Potterheads tweeting along with the hashtag.

Fans can give thanks some traditions will be preserved. Though the films have moved house from ABC to NBC and been christened Harry Potter Wizarding Weekend, everyone knows when Potter marathons are supposed to air. SyFy, the NBC Universal channel which airs the films, is planning accordingly.

But there's even more good news, as Syfy takes over the airing of the Potter franchise films. As long-time Harry Potter Weekend watchers know, the schedule on Freeform was messy. The channel was originally owned by Pat Robertson, an evangelical figure from the 1970s and '80s. It was called CBN, "The Christian Broadcast Network" and it aired shows like The 700 Club. When Robertson sold it in 1997 to FOX, he put an ironclad clause stating no matter what happened, no matter who owned it, or what they aired on it, The 700 Club had to stay and air at specified intervals.

This meant, decades later, Harry Potter Weekend basically was stuck with random interruptions for religious programming. Moreover, ABC only owned seven of the eight films, with HBO hanging onto Harry Potter & The Order of The Phoenix. In short, Harry Potter Weekend might have been a beloved institution, but it wasn't really a marathon, as much as it was an awkward airing of most of the movies across four days.

NBC Universal has changed all this. First of all, it has all eight films in one place. Second, nothing mandates Syfy must air a particular show daily in specific slots. The channel is free to run all eight films back-to-back, starting with Harry Potter & The Sorcerer's Stone at 11 p.m. ET on Wednesday night, Nov. 21, 2018.

The rest of the Syfy schedule is as follows on Thanksgiving, Thursday, Nov. 22, 2018:

More like this
'The Marvels': Release Date, Cast, Trailer, Plot, & More Info
By Ani Bundel
Will Sharon Carter Be The Villain In 'Captain America 4'? This Theory Makes Sense
By Ani Bundel
Who Will Star In Disney+'s 'Percy Jackson' Series? Casting Is Happening Now
By Dylan Kickham
Stay up to date