Back when Zenon: Girl of the 21st Century premiered in 1999, the future looked so bright. Now, in 2020, fans are feeling stellar again, since the stars of Disney Channel's space-age movie series recently reunited to talk all things Zenon... including the possibility of making a fourth movie all these years later. PeopleTV held a virtual reunion for the futuristic franchise's stars, and they revealed a bunch of fun behind-the-scenes secrets about the making of all the most iconic scenes. But the big question fans are left with is: Will there be a fourth Zenon movie? It sounds like everyone is down to return to the space station.

The reunion conversation, which is available to watch in full on PeopleTV, brought together Kirsten Storms, who played the rebellious Zenon Kar; Phillip Rhys, who starred as rock star Proto Zoa; and Gregory Smith, who played Zenon's Earth-dwelling love interest Greg.

The trio shared some interesting details about making the first movie in the series. Smith, for example, recalled the production used his actual high school to film all the school scenes, so a bunch of his real friends and classmates got to appear as extras.

Then, Rhys revealed the truth behind Proto Zoa's iconic performance of "Supernova Girl" at the end of the first movie. Rhys pointed out that his dancing was a bit awkward in that scene, mentioning he had only just gotten the song the night before filming and admitting that he isn't the best dancer. "If you look at the video, you see the band are dancing, and I'm just really going to the left, to the right, doing a lot of pointing," he said. 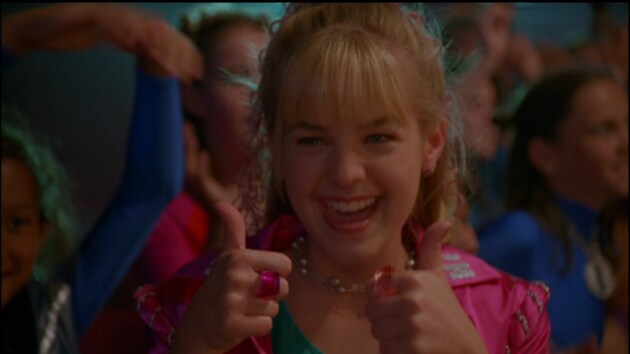 Over two decades later, Zenon: Girl of the 21st Century and its two sequels (sorry, I mean "zequels") remain among the most beloved Disney Channel Original Movies ever, and when asked about the possibility of a fourth movie, the cast all seemed very into the idea.

"I would be down for something like that," Storms said. "I think they're rebooting a lot of the OG Disney stories, so I think that would be fun." Smith agreed, with Rhys adding he felt the movies connected with so many people because they carried the universal message that there's no place like home.

The original Zenon trilogy aired from 1999 to 2004 on Disney Channel, so a fourth movie could be the perfect opportunity to showcase Zenon's adult life, possibly with a child of her own who has a knack for finding adventure on a space station, Earth, or some other far-away planet. Fans will just have to keep holding out hope for a return to outer space sometime soon.

More like this
In Perfect Casting News, Jonathan Bailey Is Starring In The 'Wicked' Movies
By Ani Bundel
Lea Michele's Best Roles Prove She's More Than Just A Funny Girl
By Dylan Kickham
These Are The Best TV And Movie Sex Scenes Of 2022, So Far
By Ani Bundel