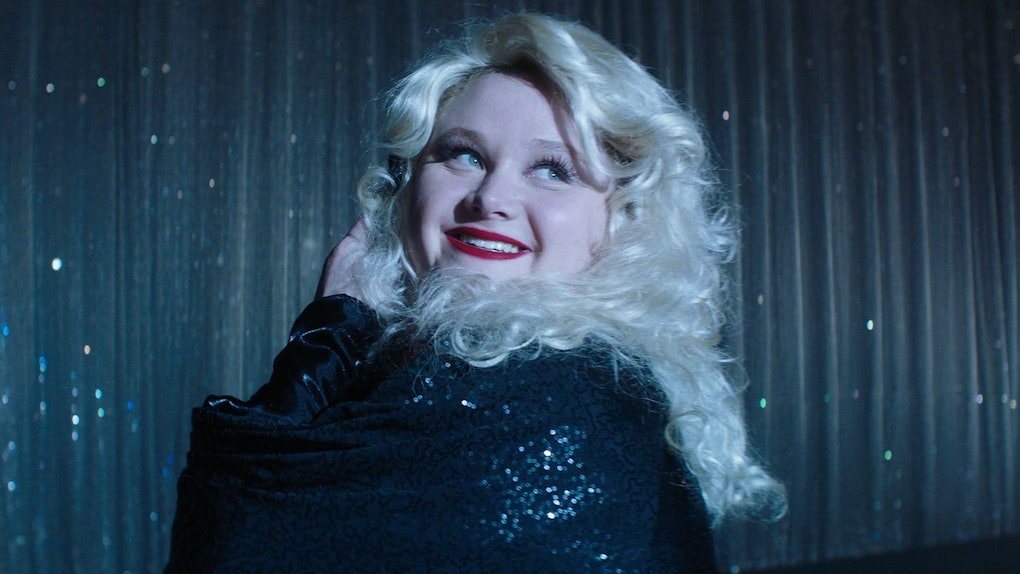 Will There Be A 'Dumplin' Sequel? Netflix's Original Movie Is A Feel-Good Hit

Netflix took a break from rom-coms and Christmas movies on Dec. 7 when it released the feel-good Dumplin', a story of self-acceptance based on Julie Murphy's 2015 YA novel. If you've been playing Dolly Parton on a loop since finishing the movie, you probably only have one wish you want to come true this holiday season. Will there be a Dumplin' sequel? While Netflix will likely stay mum about another adaptation for now, the original book does have a follow-up story that should fit perfectly in your stocking.

This post contains spoilers for Dumplin'. Starring Jennifer Aniston and Danielle Macdonald as a distant mother-daughter duo coping with grief, Dumplin' follows Macdonald's Willowdean, aka Dumplin', in her quest to protest the local pageant that her mom Rosie runs. While former teen queen Rosie was simultaneously directing pageants and providing for the family, a young Willowdean held "Dolly parties" with her aunt Lucy (Hilliary Begley), who cultivated Will's love for Dolly Parton music. Now a teenager struggling with Lucy's death, Will recruits friends to join the Miss Teen Bluebonnet Beauty Pageant with her and revolt against Rosie's picture-perfect world. Accompanied by plenty of wise musical advice from Dolly herself, Will soon learns about the importance of understanding that everyone has their own story to tell.

The movie ends on a heartwarming note as Will accepts who she is and gains the confidence to unabashedly pursue her crush Bo (Luke Benward). The final scene features all of the characters dancing alongside the Dolly drag queens at The Hideaway, which is a party I'd definitely want to hit up. While not quite ambiguous, the ending certainly leaves viewers wanting more, so what are the chances of Dumplin' receiving a movie sequel?

As seen with previous Netflix hits like A Christmas Prince and To All the Boys I've Loved Before, the streaming service takes its time with confirming sequel projects. Expect several months to pass before we hear more about Netflix revisiting Will and Rosie, but in the meantime, you can read Murphy's Dumplin' sequel, Puddin'.

When circumstances bring the girls together over the course of a semester, they will surprise everyone (especially themselves) by realizing they might have more in common than they ever imagined.

In the Dumplin' film adaptation, Callie didn't receive much screen time, appearing as Ellen's co-worker and one of the girls genuinely interested in succeeding at pageants. She ultimately finished as second runner-up to Millie's place as first runner-up in Miss Teen Bluebonnet. While Dumplin' refreshingly avoided emphasizing cattiness between contestants, the two's close race could definitely serve as fuel for why they initially struggle to get along in a movie version of Puddin'.

Of course, sometimes sequels falter compared to the first film (*cough* A Christmas Prince 2), so if Dumplin' is meant to be the only adaptation of Murphy's work, we certainly can't complain. Until Netflix gets around to my Christmas wish for Puddin', I'll be content to re-watch Dumplin' until I memorize all of the musical cues.

Dumplin' is currently streaming on Netflix.

More like this
'He's All That': Premiere Date, Cast, Trailer, Filming News, & More
By Dylan Kickham
Is Netflix Making A 'To All The Boys' Spinoff Series About Kitty? Here's The Tea
By Rachel Varina
Netflix's 'The Circle' Season 2: Release Date, Cast, Trailer, & More Info
By Ani Bundel
Stay up to date