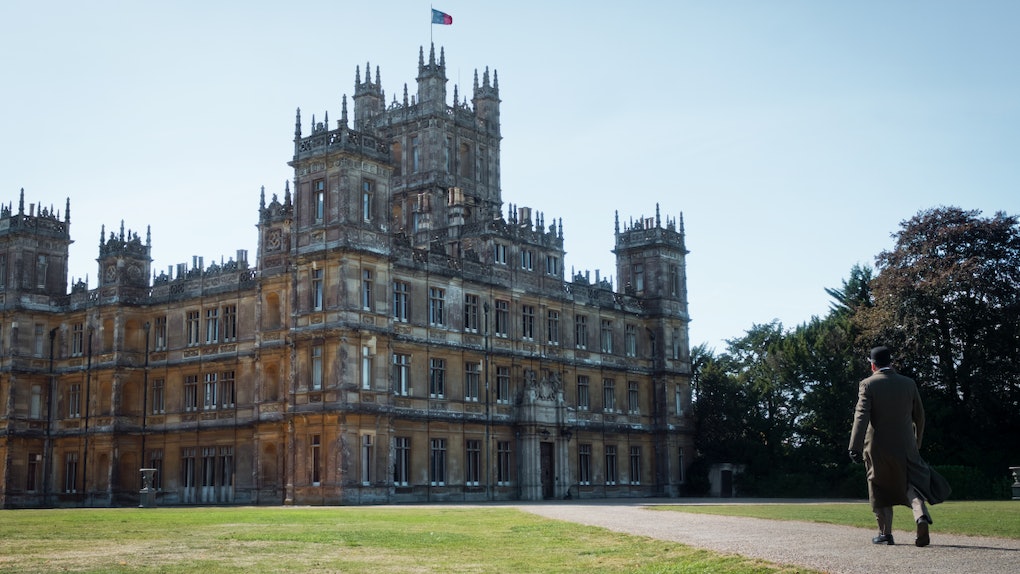 Will There Be A 'Downton Abbey' Movie Sequel? Fans Want More

Downton Abbey wasn't initially expected to be a hit in America when it aired back in January 2011. But the show defied expectations, and eventually became PBS' most-watched show in history. Now, the movie version of Downton Abbey has also defied expectations, landing at the top of the box office despite all the odds. The film's success has fas wondering, if there will be a Downton Abbey movie sequel. It's not clear yet if it could happen, but chances are better than they were.

When Downton Abbey went off the air, the ensemble cast scattered to the winds, all eager to trade their series fame for new projects. Michelle Dockery, who played Lady Mary, went to American television with Good Behavior, while Joanne Froggatt, who played the maid Anna, landed the lead role in Dark Angel. Laura Carmichael, who played Lady Edith, got a supporting role in The Spanish Princess. And the list goes on.

But the three-year break between then and the film was just the right amount of time. Interview after interview, the show's actors talked about how great it was to be back. And more importantly, more than one said if there is a sequel planned, they'd be willing to do it again.

But will the actors be asked to do another film? When The Hollywood Reporter asked the show's creator Julian Fellowes about it, he was openly pragmatic about what it would take to make a second film.

I just feel I have to wait for the public’s response to the movie and see, did they really like it? Has it gone well? It’s a combination of the [box office, audience buzz] all of it, to be honest, and then you get a picture of whether this movie landed. I think you can get a sense of whether it worked or not. And if we do get that sense, then we will have that conversation.

Well, the public's response is in. The film currently holds an 84% Fresh rating with 179 reviews in on Rotten Tomatoes, and the audience score is 96% fresh. Moreover, the initial projections thought the film might bring in $15 million on opening weekend at most, behind Rambo: Last Blood and Ad Astra. Instead, the film left Brad Pitt's Oscar dreams and Stallone's guns in the dust, landing the top spot and a $31 million haul.

But what would a second film be about? No spoilers, but everyone in the Downton household, both upstairs and down, are left in a good place when the movie finishes. It leads to a sense of everything tied in a neat bow. But actor Allen Leeth, who plays Tom Branson, tells THR not to assume Fellowes won't have ideas of where to take the story next.

What I love about what Julian always does is when it looks like he’s finishing a storyline, he’s actually starting one. It would be very interesting to see what would happen. I think we would all be up for it. It all comes down to how this one does. If people really love it and there really is an appetite, then why wouldn’t we do it?

Perhaps a return to Downton Abbey is coming sooner than anyone thinks. Meanwhile, the film is open across the U.S. now.