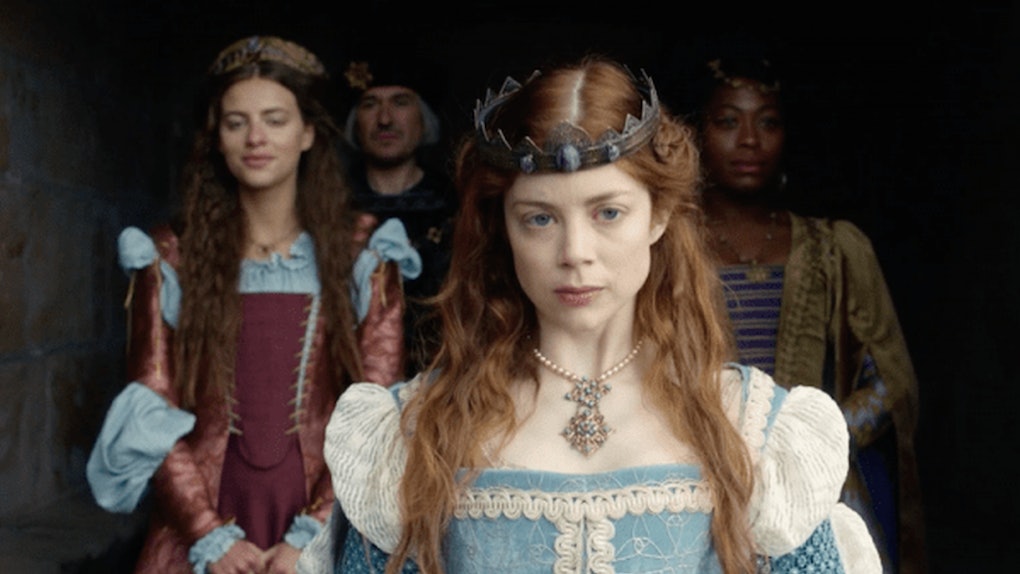 Perhaps one of the most interesting experiments in the current peak TV landscape is currently going on over at STARZ. The success of Game of Thrones drove several channels to emulate different aspects of Martin's success story, from budget to body count. STARZ chose to commit to the idea of lush television adaptations of sprawling fantasy universes, including Outlander and American Gods. But the most experimental has been The White Queen, followed by The White Princess, linked adaptations of Philippa Gregory's novels. Now there's a new installment, STARZ's The Spanish Princess, which continues this related set of standalone series.

One reason none of these series are directly linked season-to-season is that each is based on different Gregory novels and takes place in a different era. Even though they loosely follow each other in the chronology, there is enough of a time jump between the series that each has had a completely different cast.

The White Queen, which arrived in 2013, was a direct historical drama based on the War of the Roses set in 1464, covering the events written about in Gregory's The Cousins' War trilogy. (The White Queen, The Red Queen, and The Kingmaker's Daughter). The White Princess, which premiered in 2017, is an adaptation of The White Princess and The King's Curse novels and set 20 years on in 1485, as the war winds down.

Now, in 2019, The Spanish Princess will pick up with a new generation 25 year years later, set in 1509, when Catherine of Aragon comes to England to marry Henry VIII.

This is a different way to go about building a television series. Each installment is its own standalone show, and from the outside, one might not readily recognize The White Queen and The Spanish Princess are linked as part of the same series. Most of the time, TV shows attempt to keep something like this under a loose titular umbrella. For instance, when producing the Shakespearean plays Richard II, Henry IV Parts 1+2, and Henry V, the BBC put them all under the banner of The Hollow Crown.

It is a risky choice by the production to go about it this way, especially when considering the years-long gaps between eight to 10 episodes per season. But so far, it seems to be working. Moreover, The Spanish Princess looks to be a fantastic series when it arrives.

For one thing, unlike the first two, showrunners Matthew Graham and Emma Frost will be deviating from the book it is based on, The Constant Princess, in order to include more on an "upstairs-downstairs" story. The plan is to include middle-class women like Maggie Poole (Laura Carmichael, who fans will recognize as Edith from Downton Abbey) and Catherine of Aragon's ladies-in-waiting, women of color who traveled with her from Spain. One of them, Catalina de Cardones, played by Stephanie Levi-John, was an African-Iberian woman who served the queen for 24 years. She will be a significant character in the series.

The Spanish Princess does not yet have a premiere date but is expected to arrive in the spring of 2019 on STARZ.