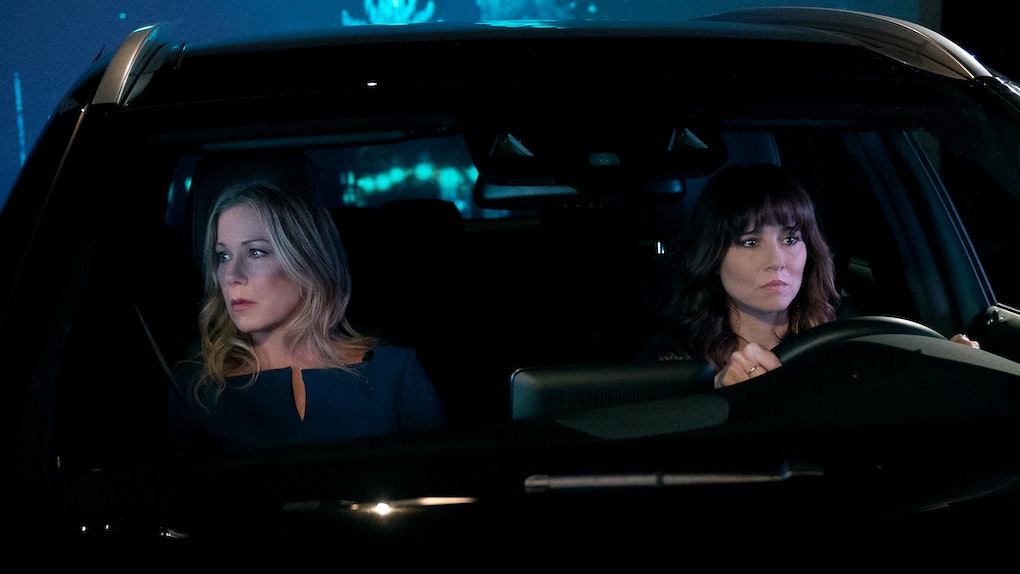 Will There Be A 'Dead To Me' Season 2? The Cast Weighs In – EXCLUSIVE

Usually death marks a final ending, but in the case of Dead to Me, it is only the beginning. The new Netflix series explores the burgeoning friendship between two women who meet in a grief support group. Christina Applegate plays Jen, a tough and acerbic widow who is hellbent on discovering who is responsible for her husband's fatal hit-and-run accident. She ends up bonding with Judy, played by Linda Cardellini, whose free spirit and sensitivity make her a captivating counterpart. The two characters prove that death is only the beginning, showing audiences that there is a ton to explore at the intersections of grief and humor. And since Season 1 ends with a major cliffhanger that offers room for much more exploration, fans are wondering: Will there be a Dead to Me Season 2? Warning: Spoilers for Season 1 of Dead To Me follow.

All 10 episodes of the first season of Dead To Me premiered on Netflix on May 3, and since then, the series and its stars have been receiving a warm reception from fans. A second season hasn't been officially announced yet, but audiences have been hooked by the series' plot and are itching to know what comes next. When speaking with Elite Daily, Applegate explains that there have been some discussions of shooting more episodes, but a lot of that hinges on the responses from audiences. "What I’m getting from people who have seen the whole thing, they’re like we need to know what happens now. So if more people feel that way after the end of this season, then yes we’ll be going back to work," Applegate says. "But we don’t know yet."

What I’m getting from people who have seen the whole thing, they’re like we need to know what happens now.

Dead to Me centers on Jen and Judy, but it benefits from a treasure trove of supporting characters. James Marsden plays Judy's ex-fiancé Steve, and although the fate of his character is left up in the air at the end of Season 1, Marsden is optimistic about a Dead to Me Season 2. "All I know is you want the response that we’ve been getting on everything you do," Marsden tells Elite Daily. "It’s much easier to sit here and talk about a project that you know is good, that works, than it is to sit here and talk about something that you know is crap. So that’s fun. So if that’s any indication, I hope there’s a second season."

Dead to Me strikes a tricky balance between laughter and tears, which makes sense since it is a half-hour comedy focused on a tragic event. Applegate explains, "It’s a tone unlike anything I’ve seen. Because in the midst of all the dark and the sad and the trauma, there’s this repose of humor. Because people who are going through stuff are funny."

The series is filled with the ups and downs of all kinds of emotional beats, but one of its prevailing feelings is suspense. New plot developments unfold until the very end of the Season 1 finale, leaving audiences wondering what comes next. Hopefully fans will get those answers in a Season 2.

You can catch all of Season 1 of Dead to Me on Netflix now.