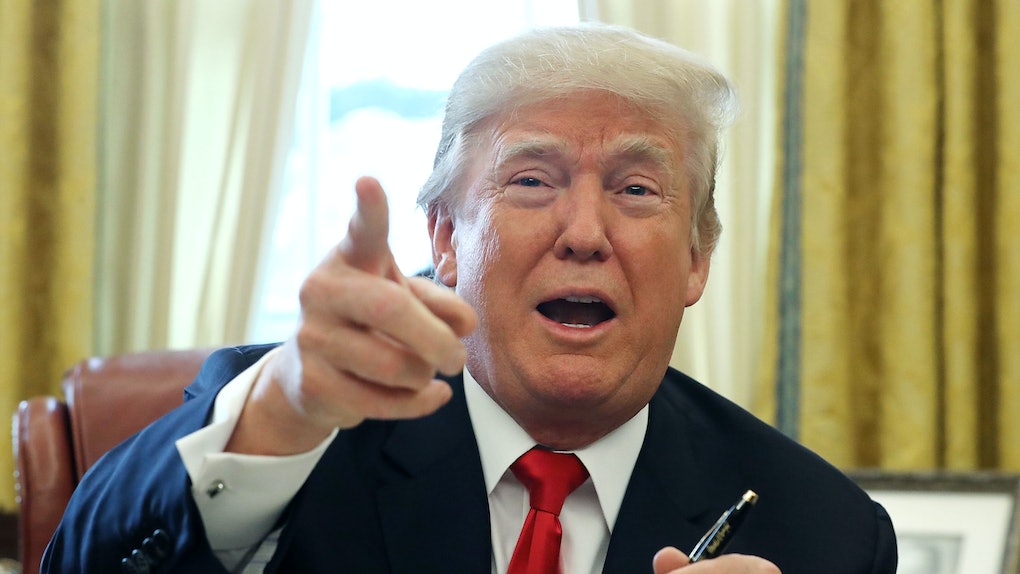 Will The Tax Bill Affect 2018 Taxes? Returns Filed In 2019 Will Reflect Tax Reform

On Friday, Dec. 22, President Donald Trump put pen to paper on the Tax Cuts And Jobs Act, officially signing the GOP's tax reform bill into law. The new legislation aims at sparking immediate effects on the economy, but one effect will have to wait for another year and some change. The tax will bill not affect the taxes Americans file in 2018, when returns for 2017 will be sent to the Internal Revenue Service (IRS).

Instead, the tax bill will affect the 2019 tax season, when Americans will be filing returns for 2018, before the annual April deadline. When that particular season does come, there will be multiple, significant changes.

For starters, the standard deduction will essentially double — from $6,350 to $12,000 for individuals and from $12,700 to $24,000 for married couples filing together. You won't be able to claim a personal exemption for yourself anymore, though, which amounts to $4,050 under the current (and soon-to-be-obsolete) tax law.

You'll longer be able to deduct all of the amount you pay in state and local taxes (SALT) from your taxable income. That's because the SALT deduction is now capped at $10,000, a rule that will mostly effects those who own property.

Here's the bottom line, though, specifically for 2019: The Tax Policy Center, a Washington D.C. think tank, estimates that the average American will see a tax cut of about $1,600. Meanwhile, a tax cut is expected across all income brackets. The tax cuts are scheduled to be temporary though, and will only diverge from that schedule if a future Congress decides to extend the cuts when they're set to expire, which is in 2025. The cut to the corporate tax rate — from 35 percent to 21 percent — will be permanent.

So, to recap, when it comes to changes on your actual tax returns, you won't see those until 2019, when most Americans start sending out their 1040s to the IRS. Just because the taxes you file in 2018 won't be affected, though, doesn't mean you won't see some changes brought about by the tax bill.

In January, the IRS is expected to issue a new guidance on how taxes should be withheld from American workers' paychecks. The government agency also said that it expects for the effects of that guidance result differences between how much many is withheld in paychecks by February.

"The IRS is continuing to closely monitor the pending legislation in Congress, and we are taking the initial steps to prepare guidance on withholding for 2018," a Dec. 13 statement on the IRS' website reads. "‎We anticipate issuing the initial withholding guidance (Notice 1036) in January reflecting the new legislation, which would allow taxpayers to begin seeing the benefits of the change as early as February."

Meanwhile, President Trump is hoping to see an even more tangible affect in the economy: job growth.

Since the bill passed through Congress, a number of companies have said that they would respond to the tax law by investing more money in the United States.

"Once tax reform is signed into law, AT&T plans to invest an additional $1 billion in the United States in 2018 and pay a special $1,000 bonus to more than 200,000 AT&T U.S. employees — all union-represented, non-management and front-line managers," a statement from AT&T reads. "If the President signs the bill before Christmas, employees will receive the bonus over the holidays."

Whether other companies will follow suit remains to be seen. In the meantime, all American will be waiting for one definite effect: when the tax law changes how everyone files their taxes in 2019.