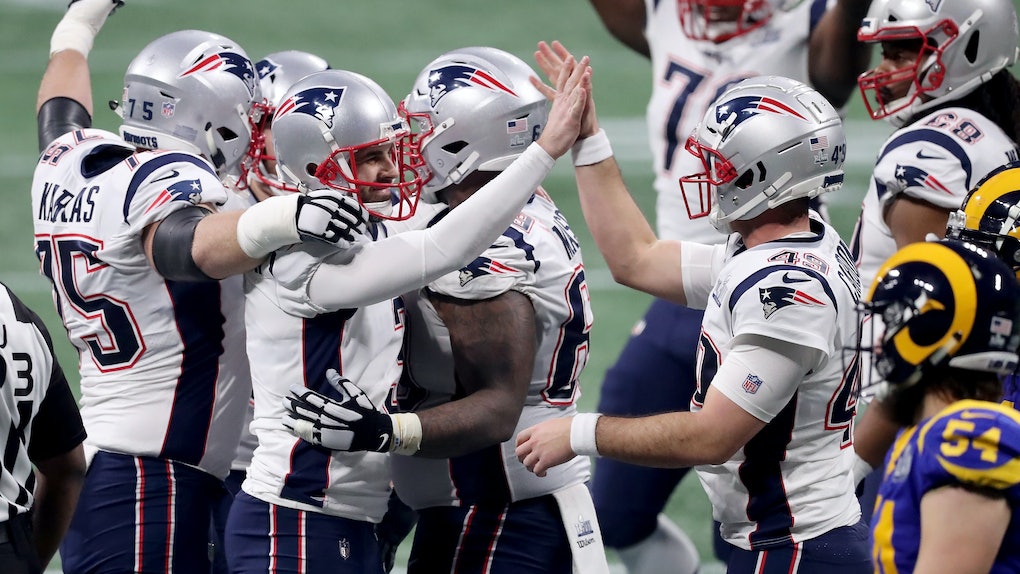 Will The Patriots Visit The White House After Winning The 2019 Super Bowl? It's Tradition

Every year, after the Super Bowl, a peculiar thing happens: the winning team gets invited to the White House to celebrate their victory and have a casual chat with the President of the United States. Given how divisive American politics have gotten over the last couple of years, lots of football fans are wondering if this tradition is coming to an end. So, will the Patriots visit the White House? That remains to be seen, but one thing’s for certain: the winning team visiting the White House is a long-standing tradition in sports history.

The tradition of sports teams visiting the White House dates back to at least 1865, according to ESPN. That year, President Andrew Johnson invited the Brooklyn Atlantics and Washington Nationals amateur baseball clubs to the White House. In 1869, President Ulysses S. Grant did the same for the Cincinnati Red Stockings, which was considered the first professional baseball team.

It wasn’t until the 1920s, when Calvin Coolidge was president, that the first title-winning sports team was invited to the White House. According to the Washington Post, it’s generally believed that Washington Senators were the first title-winning team to be hosted by the president in 1924. That team won the World Series and was invited to the White House soon after.

“President Coolidge took time off from his official duties yesterday to shake hands with each member of the Nationals to congratulate them on winning their second American league pennant and pose with them for pictures on the White House’s lawn,” The Washington Post reported on Sept. 29, 1925.

And President John F. Kennedy was the first to invite NBA champions (the Boston Celtics) to the White House in January 1963. While the roots of the tradition are a bit scattered, it really wasn’t until the 1980s that winning sports teams began visiting the White House regularly.

So, with all that history behind them, will the Patriots visit the White House after their win? Well, last year, in 2018, the Philadelphia Eagles passed up the opportunity to visit President Trump. And in 2017, when the Patriots won, the team headed out to the White House to visit Trump, which resulted in some controversy:

Before this year's big game, Rams coach Sean McVay was asked whether the team would visit if they won. He was pretty vague in his answer about what the team’s approach would be if they won.

“I think that the biggest thing is if we’re fortunate enough to win this game, then we talk about what’s next with regards to those steps and that’s exactly how we’ll approach it,” he said. “The first thing is we have to win this game. And that’s going to be a great challenge for us, so that’s really kind of where we’re at."

So, a visit to the White House really just depends on the team. The Patriots visited in 2017, but that doesn't necessarily mean they'll make the trek to Trump's White House again this year. Only time will tell.

More like this
Prince Philip, The Duke of Edinburgh, Has Died At The Age Of 99
By Noelle Devoe
Here's Why EXO's BAEKHYUN, CHANGMO, & Raiden's "Runner" Is The Perfect T1 Theme Song – EXCLUSIVE
By Michele Mendez
The 'Space Jam: A New Legacy' Trailer Will Bring Back All Your Childhood Memories
By Cianna Garrison
Stay up to date