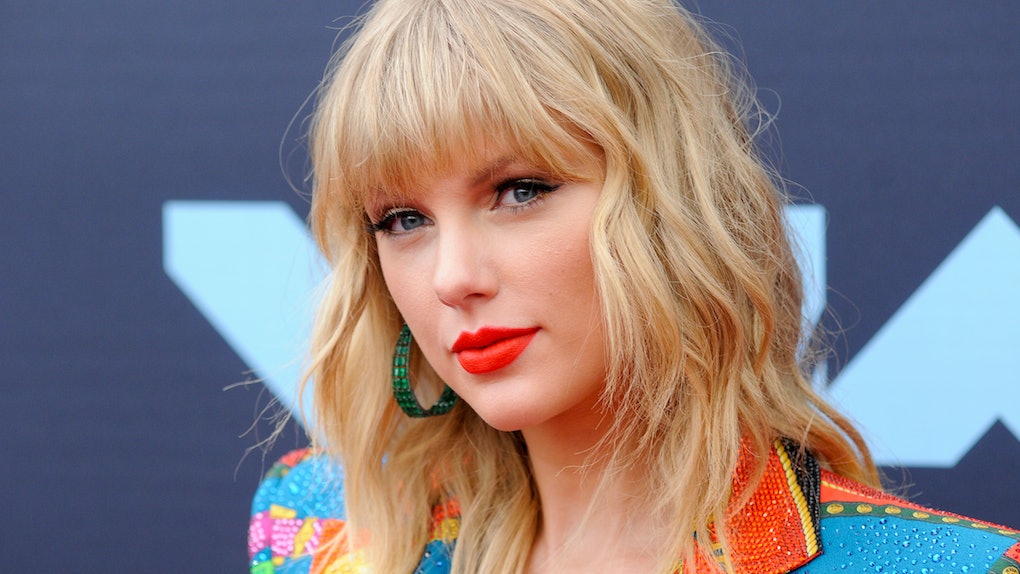 Will Taylor Swift Perform Her Old Songs At The 2019 AMAs? Here's The Deal

It's time to wipe the teardrops off your guitars and listen up, Swifties. Taylor Swift's rift with Big Machine Records and Scooter Braun just took a turn, and the question of whether or not Taylor Swift will perform her old songs at the 2019 AMAs is top of mind more than ever for Swifties following the drama. Well, I'm here with a tricky update.

If you've missed what's going on, here's the deal: Big Machine and Braun have control over all of Swift's pre-Lover-era masters. Though Swift is set to receive the Artist of the Decade Award at the AMAs, she issued a public statement on Twitter claiming the company was preventing her from performing any of her old songs at the show, a claim which Big Machine Records denied.

Now, Big Machine is speaking out again. The label released a statement claiming they'd reached a licensing agreement for Swift's music and insisted she always had the right to perform her old music live at the AMAs. The statement read:

The Big Machine Label Group and Dick Clark Productions announce that they have come to terms on a licensing agreement that approves their artists' performances to stream post show and for re-broadcast on mutually approved platforms. This includes the upcoming American Music Awards performances. It should be noted that recording artists do not need label approval for live performances on television or any other live media. Record label approval is only needed for contracted artists' audio and visual recordings and in determining how those works are distributed.

Swift's team did not respond to Elite Daily's request for comment on Big Machine's claims, but, as for Dick Clarke Productions, they made it clear they have nothing to do with the back-and-forth between Swift and Big Machine Records, writing in a statement,

At no time did Dick Clark Productions agree to, create, authorize or distribute a statement in partnership with Big Machine Label Group regarding Taylor Swift's performance at the 2019 American Music Awards. Any final agreement on this matter needs to be made directly with Taylor Swift's management team. We have no further comment.

According to TMZ, Swift was in London the weekend of Nov. 16 (Swift's team did not respond to Elite Daily's request for confirmation), so she probably hasn't rehearsed a medley of old hits on the actual AMAs stage.

But Swift's talent and foresight can't be discounted. If she does, in fact, have the OK to perform her old songs now, there's still plenty of time to rehearse a nostalgia-packed performance before she hits the AMAs stage on Nov. 24.