Despite how easy the internet has made it to share secretly-snapped photos or videos, the Obama daughters have managed to maintain a relatively quiet public presence since their father left office in 2017. This year, Sasha Obama is leaving home to continue her education, and was spotted starting classes at the University of Michigan on Aug. 28. Though she probably wants to live as much like an average student as possible, it’s natural to wonder whether Sasha Obama will have Secret Service at college, and how high-profile teens like her can balance safety with normalcy.

For now, it's safe to assume Secret Service will probably tag along at least for her first days on campus, especially if her dad is there helping out. The Detroit News reported on Aug. 28 that students at the University of Michigan had seen Obama settling into her new school, with a fellow student telling the paper that he had run into her in "a crowded hallway with her and some Secret Service dudes."

However, she's not guaranteed permanent security — in 2013, her father President Barack Obama signed a bill granting lifetime security protection for himself, George W. Bush, and all future ex-presidents. However, adult children are an exception to the rule, with the law granting security for children of a former president up until they turn 16 years old.

College is a time of newfound freedom for all freshmen, not just former presidents’ daughters. While she may not be pulling antics like President George W. Bush's daughters Jenna and Barbara Bush, who reportedly tried often to ditch their agents, it seems that Obama is getting a little more leeway.

Although both Obama daughters are both now legal adults, past presidents have set precedent for them to remain under high security protections. When Chelsea Clinton arrived at Stanford University, it was with Air Force One and a full presidential motorcade, according to The Washington Post. (Granted, her father was still in the White House at the time.)

The Obamas have frequently joked about having to live with 24/7 security, which is difficult enough as it is without the complications of raising two young daughters. In July 2019, former first lady Michelle said in an interview with CBS News that she was “surprised” they even made any friends while constantly surrounded by Secret Service. She recalled calling their friends’ homes, asking them for their social security numbers or warning them about drug searches. Obama even had Secret Service on prom night.

“Imagine having Malia and Sasha come to your house for a sleepover,” she said. “‘By the way, there will be a man with a gun sitting on the front porch all night. Let him come in and use the bathroom, it would just be nice.’” 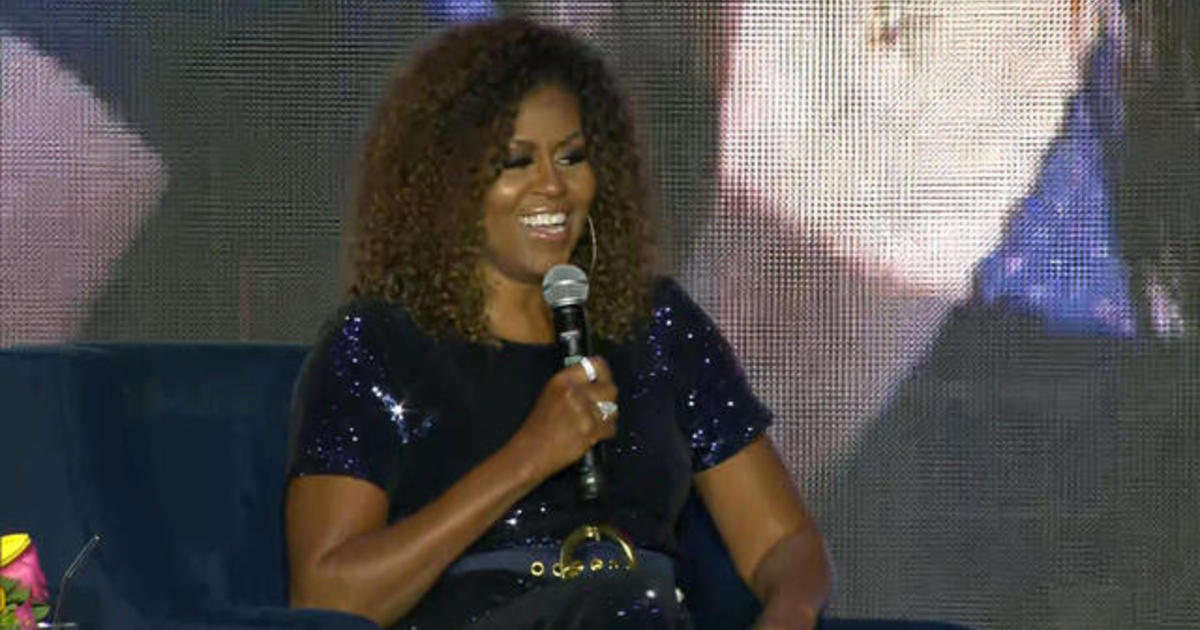 No official reports have confirmed whether Malia still has security protection, but previous coverage about her move-in day suggests agents haven’t been entirely absent from her college life, and there is definitely sufficient reason to think Secret Service would be a good idea. During Malia’s time at Harvard, she has often found herself the object of public scrutiny, though people generally have respected her privacy.

While Obama's first days at school probably won't feature the same whispers and fanfare of the Clinton family, her days of armed guards probably aren't entirely behind her. But that doesn't mean she can't privately enjoy college like any other student does, and if Malia's past two years have been any indication, it seems hopeful that she will blend in just fine — whether she's flanked by Secret Service or not.