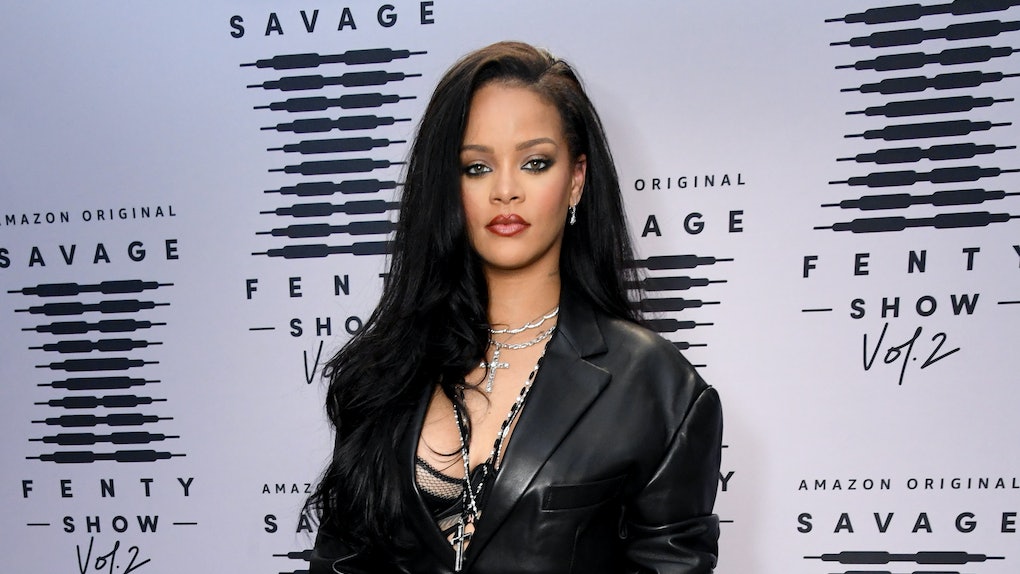 Will Rihanna Drop An Album In 2021? She Teased Actual New Music

It's high time to be part of the Rihanna navy. After waiting patiently for Riri's ninth studio album, fans could soon be getting a glimpse at the long-awaited record. The singer took to Instagram to tease new music on March 24, and the news has fans in their feels. The jury is out on whether or not Rihanna will drop an album in 2021, but she does have a single on the way.

It's been five years since Rihanna's last album, and, understandably, fans are getting impatient. Her January 2016 album ANTI held some of her biggest hits to date, and fans are hungry for more. So when she promised new music was on the way, it was a big deal.

The news came on the same day Rihanna celebrated ANTI's placement on the Billboard 200 Chart for five years straight. "Grateful to the most High for putting die hard supporters in my circle," she wrote. "Congrats to everyone that contributed to this era, thank you team."

When an Instagram user suggested Rihanna should celebrate by releasing more music, she agreed. "I think I should," she replied, along with a "soon" emoji.

You can see the post that inspired the interaction below.

New music from Riri is has fans beyond excited, but she was sure to clarify one thing. "Just 1 tho lol," she said, clarifying that new music doesn't mean a full album is coming.

The update may prove confusing for fans seeing as Rihanna already let them know her albums is finished. In December 2019, she shared a short video on Instagram which revealed her ninth album is complete.

"Update: me listening to R9 by myself and refusing to release it," the singer captioned the clip.

Aside from the fact it's finished, fans don't know much about R9. However, when it finally sees the light of day, it will be a sound that's entirely her own. Riri shared a few details about her recording process in an October interview with AP.

"You do pop, you did this genre, you do that, you do radio, but now it’s just like, what makes me happy?" she said. "I just want to have fun with music. Everything is so heavy. The world that we live in is a lot. It’s overwhelming every single day. And with the music, I’m using that as my outlet."

For now, one song from the album will have to suffice. After a five-year wait, fans will take what they can get.