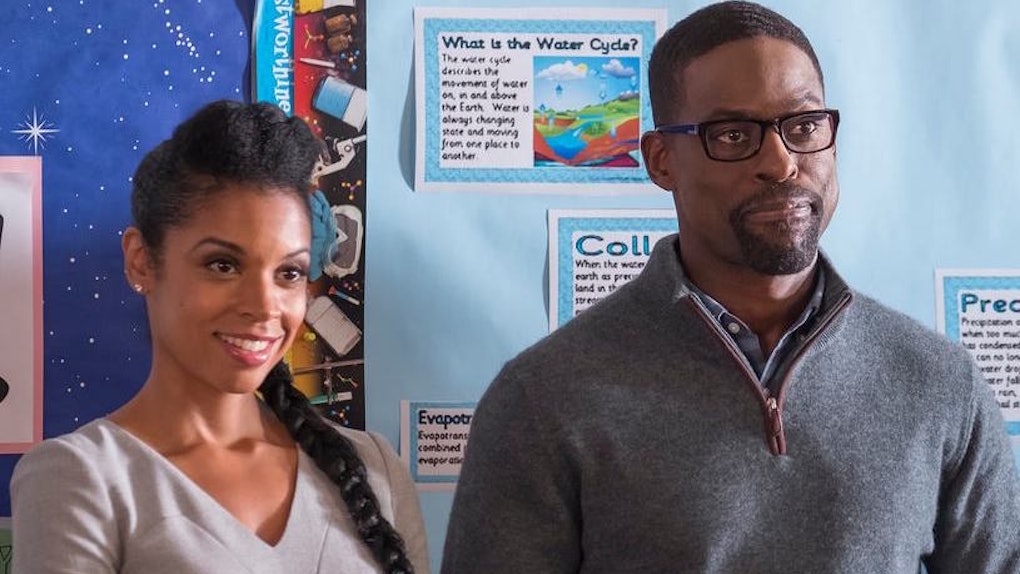 Will Randall Foster A Son On 'This Is Us'? We Get A Hint After The Mid-Season Finale

Another member of the Pearson clan may be coming our way soon. Tuesday night's fall finale of This Is Us saw Randall and Beth saying goodbye to one foster child, but one small scene towards the end of the episode may suggest that they will soon gain another. So, will Randall and Beth foster another child in the upcoming episodes of This Is Us? Let's break down what we know. Spoiler alert: This post will discuss details from Season 2 Episode 10 of This Is Us, called "Number Three." Don't read on if you haven't seen the episode.

The emotional Randall-centric episode focused largely on Randall and Beth coming to terms with having to say goodbye to Deja, their foster daughter for the past several weeks. After Deja's birth mother is freed from jail, Randall and Beth have a tough time being OK with letting Deja go back to living with her mother, but in the end, realize that she belongs with her mom. But their time with Deja did give Randall and Beth one important thing: the realization that they want to foster another child. And it looks like that is going to happen sooner rather than later.

After saying their goodbyes to Deja, Randall and Beth discuss the possibility of taking in another foster child while cleaning up Deja's old room. They both reveal that even though having to say goodbye was so hard for them, they want to take in another kid eventually. Randall even gets more specific, suggesting that maybe they foster a boy next time. And what do we see next? The camera cuts away to a foster center where an agent is telling an adorable little boy that they are still working to find someone to take him in. I mean, it all seems pretty obvious, right? It looks like Randall and Beth are going to be fostering that little boy when This Is Us returns from its winter break, and we are going to see them potentially go through a process similar to that with Deja.

But the extra bit of drama that this new foster kid will likely stir up has to do with Randall and Beth's other kids: Tess and Annie. We didn't see too much of them while Deja was staying in the house, but apparently things were not going great for Randall's biological daughters. At the very end of the new episode, we see Tess has hidden out in the back of her Uncle Kevin's car, exclaiming that she hates her home life once he discovers her there. And things just get worse when we find out that Kevin goes on to get arrested for drunk driving while Tess is still in that car — luckily, no one is hurt.

Obviously, that car scene is going to be a major moment for Kevin moving forward — now that his addiction is finally being made public for the rest of his family to plainly see — but it was also a pretty telling moment for Tess. Before that point, we really didn't have a clue that everything wasn't just hunky-dory for Tess, but apparently, she has some major issues with her parents. And since it is all coming up right now, we have to assume Tess' anger has something to do with Randall and Beth's decision to take in a foster child. Maybe Tess feels like her parents are saying she and Annie aren't enough for them, or she is more wary of other people coming into their home than her parents are. Whatever is going on, we can be sure the issues are only going to get worse when Randall and Beth foster another kid.