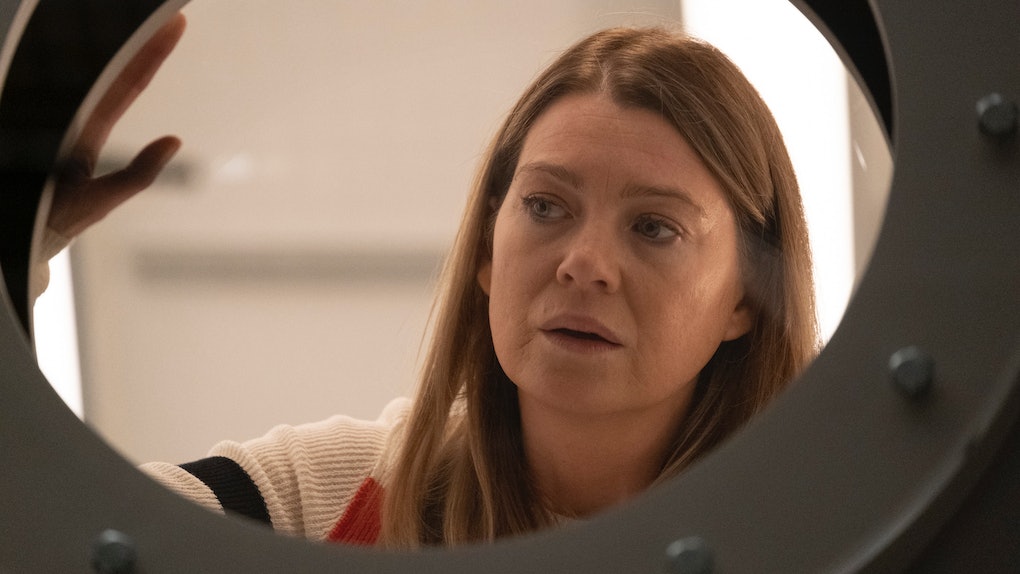 Another year, another wild Grey's Anatomy ending. Instead of resorting to a dramatic shooting or plane crash, the Season 15 finale introduced a Seattle fog foiling doctors' plans. While most of the Grey Sloan crew freaked about the fog preventing them from reaching the hospital, Meredith was left reeling about DeLuca taking the blame for her insurance fraud and going to jail. She confessed she was responsible for it, but Webber and Karev also came forward about their involvement, causing Bailey to terminate their hospital jobs. Will Meredith, Webber, and Karev come back to Grey Sloan? Season 16 is already slated to start with a very different vibe.

Several episodes ago, Meredith (Ellen Pompeo) decided to treat a patient without insurance, submitting her to the hospital under her daughter's health care plan. Alex Karev (Justin Chambers) and Webber (James Pickens Jr.) were aware of her sneaky act, and Webber eventually recommended that she find a way to keep the patient hospitalized until a state policy kicked in. But insurance officials caught on, and when they began investigating the case with Bailey (Chandra Wilson), DeLuca (Giacomo Gianniotti) stepped up, saying that he persuaded Meredith to commit the fraud.

As DeLuca was carted off to jail, Meredith realized his career couldn't bounce back from this, but her own legacy was at greater risk if she came clean. Still, she told Bailey the truth, and Webber and Karev also revealed their role and how DeLuca was the only one who didn't want to break the rules. Bailey fired all three of them, and on top of that, Meredith may be going to jail in DeLuca's place.

Firstly, while you're recovering from your heart palpitations, keep in mind that this entire foursome, aka the only original cast members left on Grey's Anatomy, is reportedly signed on for Seasons 16 and 17. So this mass firing obviously doesn't mean Meredith, Webber, and Karev are disappearing, but showrunner Krista Vernoff is keeping quiet about whether the consequences of Bailey's decision will last. She told TVLine, "It was a big swing we took, and I can’t promise that Grey Sloan isn’t going to have to do without those doctors, at least for a while. I mean, they got fired!"

Speaking to The Hollywood Reporter, Vernoff also called the storyline "bold" and explained that the show can afford such a drastic change because of its longevity and the need to tackle something new. You can only pitch a risky surgery or a doctor-intern hookup so many times, right?

It's still unclear if Meredith is definitely headed to the big house, but being axed from Grey Sloan also helped her realize her true feelings for DeLuca. She visited him in jail and told him she loved him, and Vernoff told TVLine, "[Meredith] said it, which I think a lot [of] people didn’t expect she would, and I think he didn’t expect it. It’s a scary thing for her, and he gets that. The fact that she said it at all is big, big, big growth for Meredith."

Season 15 might have been Meredith's time to find love, but Season 16 is already shaping up to be her year of self-reflection. After all, there's plenty of time to think things through in jail, but fans will have to wait and see if a prison jumpsuit is in her future.

Season 16 of Grey's Anatomy premieres on ABC this fall.