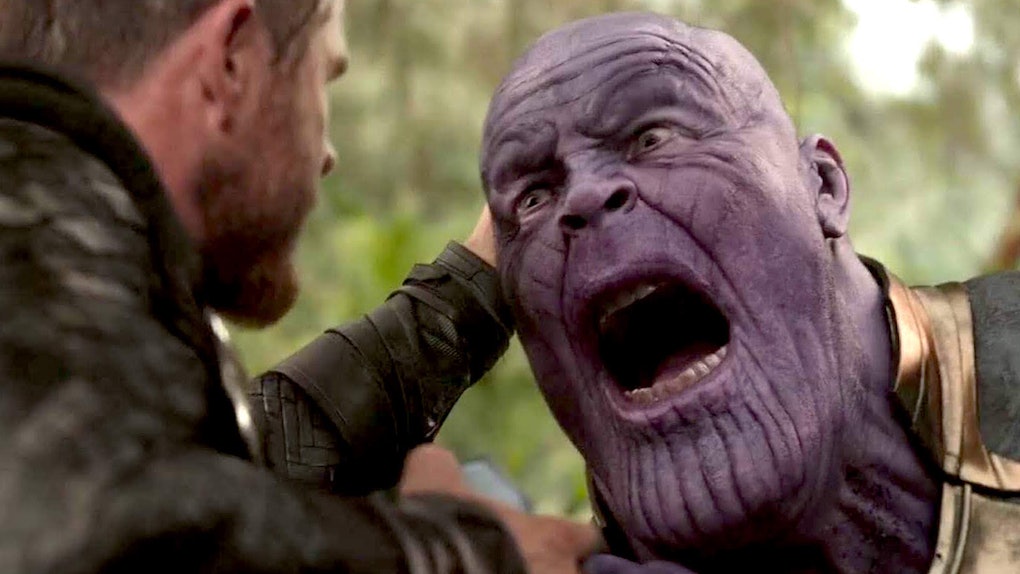 Will Lady Death Be In 'Avengers: Endgame'? Marvel Fans Think She May Be The True Villain

As Marvel fans prepare themselves for Avengers: Endgame, the main villain seems to be pretty clear. At the end of last summer's Avengers: Infinity War, the intergalactic warlord Thanos actually succeeded in his quest to destroy half of all life in the universe by using the Infinity Stones, so Endgame will obviously be all about the remaining Avengers going after Thanos again to try to reverse his action. But what if Thanos actually is not the main villain of the new movie? Some fans are wondering will Lady Death be in Avengers: Endgame. A new theory points to the way that this iconic Marvel Comics supervillain may appear in the upcoming movie.

So far, every movie in the Marvel Cinematic Universe has introduced some new villain for the Avengers to go up against, and that trend may not stop with Endgame even though it seems like Thanos will continue to be the big bad. Some fans think that a new supervillain will enter the fray alongside Thanos to make things even more difficult for the heroes. And as fans of the comics know, the character most often linked to Thanos is none other than Death herself, who also goes by Lady Death or Mistress Death at times.

In the Marvel Comics, Thanos is constantly shown to be in love with Death, and she is fascinated but often hot-and-cold in her regards of him. It is actually Thanos' intense love for Death that spurs on most of his villainous actions, including collecting the Infinity Gems to destroy as much life in the universe as possible in order to try to impress Death.

As her name implies, Death is basically the Marvel universe's personification of death. As a being, Death seems to possess the omnipotence and infinite knowledge of a god, although she mainly sticks to her duties of bringing dead people to the afterlife. However, she does spur Thanos on in his quest to destroy as much life as possible, as her role is depicted as being in constant opposition to life.

So, will Death make an appearance in Avengers: Endgame? She is obviously very closely linked to Thanos, and a new fan theory on Reddit makes another point about why Death might want to go against the Avengers in the new movie. Remember Hela from Thor: Ragnarok? Well, fans have been chattering for a while about how Thor made it a point to say that she was his half-sister. The emphasis on that seems to imply that the revelation of Hela's mother will be a huge deal. Since Hela calls herself the goddess of death, then one very plausible possibility for her mother could be, well, Death.

If Death is indeed Hela's mother, then she would probably be pretty upset with Thor after the lightning god brought about the explosion of Asgard and presumably killed Hela. Not to mention the fact that Thor is now going after Thanos, her on-again, off-again fascination.

We will have to wait to see if Death makes an appearance in Avengers: Endgame when the movie comes out on April 26, 2019.