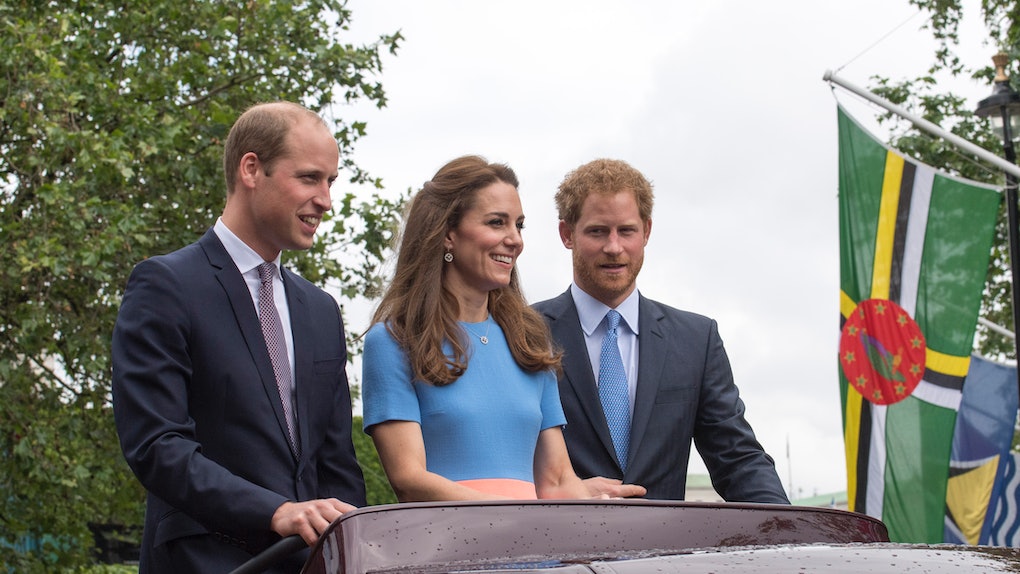 We have another royal wedding to look forward to! On Monday morning, the British royal family confirmed that Prince Harry is officially engaged to his girlfriend Meghan Markle. The exciting news came as a source of joy for fans of the relationship worldwide, but nobody was happier for the couple than Harry's older brother Prince William and his wife Kate Middleton. Will and Kate gushed about Harry and Meghan's engagement after the news broke. The royal couple told Us Weekly how excited they are for the upcoming nuptials:

We are very excited for Harry and Meghan. It has been wonderful getting to know Meghan and to see how happy she and Harry are together.

Of course, Prince William and Kate Middleton have some experience in royal weddings. Back in 2011, the world watched on as Will and Kate married at Westminster Abbey, officially making her the Duchess of Wales. The wedding ceremony became one of the most widely viewed events in history. Prince Harry and Meghan Markle's ceremony is also expected to be a worldwide spectacle, similarly drawing in millions of viewers around the globe. The Kensington Palace official Twitter account first reported Will and Kate's statement on the engagement.

Harry began dating American actress Meghan Markle in June of last year. Markle is best known for her lead role on the long-running USA drama Suits, which concluded its seventh season in September. Clarence House, the official royal residence of the Prince of Wales and the Duchess of Cornwall, first announced that Harry and Markle were engaged early on Monday morning, revealing that the couple actually became engaged earlier this month. The statement also reveals that the royal wedding will take place next spring, and Prince Harry and Meghan Markle will live at Kensington Palace following the nuptials. Reach the full statement on the royal engagement below:

Prince Harry's older brother and his royal wife are far from the only people to wish the newly engaged couple well following the big announcement. Meghan Markle's parents released a statement, wishing the couple "a lifetime of happiness." Prince Harry's father, Prince Charles of Wales, also shared his excitement over the news, saying that he and wife Camilla, Duchess of Cornwall, are thrilled:

Prince Harry of Wales and Meghan Markle have been dating for about a year and a half prior to the announcement of their engagement. Their upcoming wedding in the spring of 2018 will come a few months ahead of their two-year dating anniversary, and it will be seven years since Harry's brother Prince William married Kate Middleton on national television. Though it's still not confirmed what Meghan Markle's royal title will be following the wedding, it is expected that she will become the Duchess of Sussex, and Prince Harry will gain the title of Duke of Sussex in addition to Prince of Wales.

Earlier this month, Meghan Markle announced that she will be leaving her show Suits after starring as lawyer Rachel Zane for seven seasons on the drama. That announcement is what initially spurred chatter that Markle was likely about to get engaged to Prince Harry, which of course we now know to be true. Markle will be moving to England to live in Nottingham Cottage within Kensington Palace after saying "I do" to Prince Harry. Obviously, that big international move isn't really conducive to continuing production on the show. It also seems pretty likely that Markle may give up acting altogether to focus on her philanthropic efforts, given how complicated it could become to juggle both TV sets and her new royal duties.

Well, you officially have about half a year to get ready for the next big royal wedding. Start hat shopping now!

More like this
Meghan Markle's 'The Bench' Children's Book Was Inspired By Prince Harry In The Sweetest Way
By Sydney N. Sweeney
Oprah's Reaction To Her Interview With Meghan & Harry Proves She Was As Shook As You
By Brandy Robidoux
Royal "Experts" Said Meghan Markle's 'The Bench' Sends Coded Messages To The Firm
By Brandy Robidoux
Stay up to date