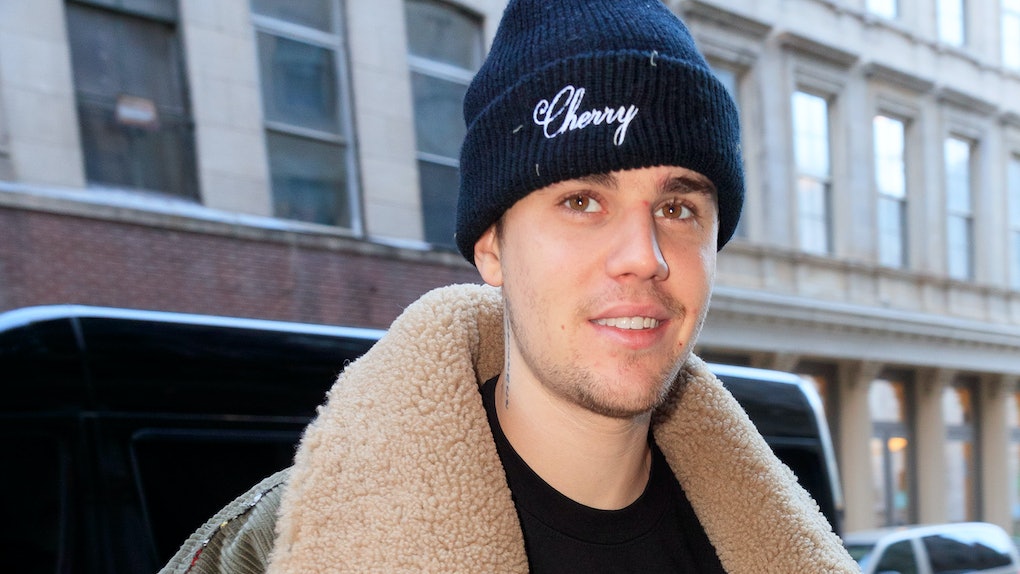 Will Justin Bieber Go On Tour In 2020? Here's What To Know, Beliebers

Over the past four years, Justin Bieber has stepped away from the spotlight to focus on his personal life. Besides featuring on a few singles like "I Don't Care" with Ed Sheeran," "Bad Guy (Remix)" with Billie Eilish, and "10,000 Hours" with Dan + Shay, Bieber hasn't released music of his own. Fans had almost given up hope for a new Bieber album, until the singer shared a cryptic post on Instagram teasing new music to come, and maybe even before 2019 ends. Now, Beliebers have reason to believe Justin Bieber will be going on tour in 2020, and if they're right, 2020 really is really going to be lit for Beliebers.

According to a Nov. 13 TMZ report, Bieber was spotted heading to a dance studio, which fans believe can only mean one thing: he's preparing for a tour. Bieber's team didn't respond to Elite Daily's request for confirmation, but the pieces all seem to fit together, seeing as a new era of Bieber music all-but confirmed.

It all started on Sunday, Oct. 27, when Bieber shared a simple text post on Instagram that read, "R&Bieber."

Considering that, according to TMZ, Bieber is already trying to trademark "R&Bieber," fans theorized "R&Bieber" will be the name of the star's rumored upcoming album and that he'll dive further into the R&B music genre (Bieber's team did not respond to Elite Daily's request for confirmation of TMZ's report).

Bieber released his last studio album, Purpose, in 2015, so fans have been anticipating the singer's next music release for a long time.

Bieber followed up his original post with one that read, "If this gets 20 million likes Justin Bieber will release an album before Christmas." He captioned his second post, “Share it, like it, post it in your story. I gotta see the demand ;) love you guys pumped for it! I’m almost done but your support will make me move faster."

At the time of publication, Bieber's post has reached 11.8 million likes. In other words, new music is definitely on the way. The only question is when.

All these new developments together have fans on Twitter convinced Bieber will go on tour in 2020.

Bieber did say he may release a new album just in time for the Holidays, so maybe he'll announce a tour as a gift to Beliebers. Now that would be a special treat.