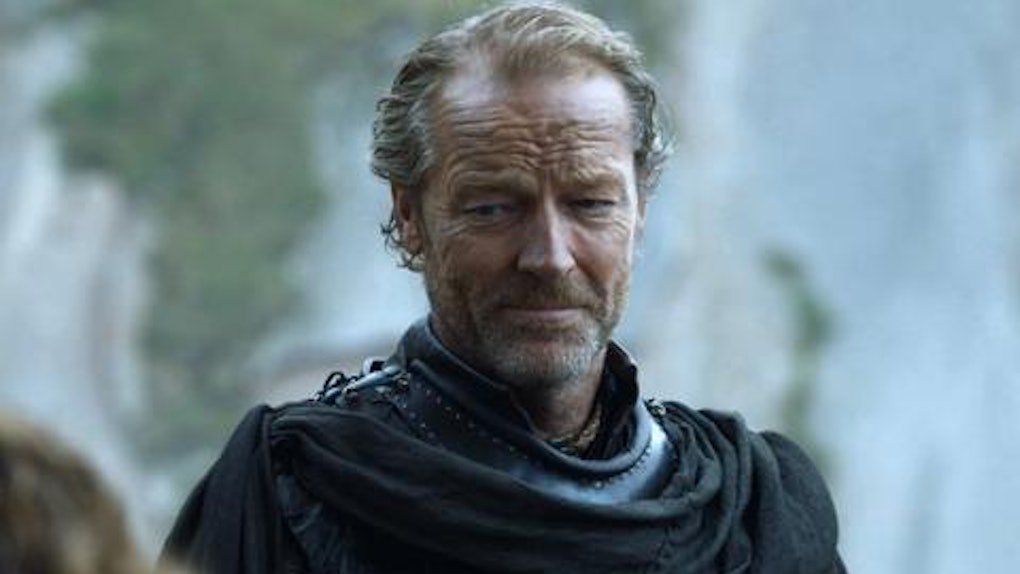 Will Jorah Die In 'Game Of Thrones' Season 8 Episode 3? Fans Are Starting To Panic

With the Battle of Winterfell fast approaching in the next episode, Game of Thrones fans are all debating the same question: Who will live and who will die? The Night King's army of the dead is ready to fight each and every living person at Winterfell, and so the chances are good that many of fans' favorite characters won't make it against the vicious White Walkers. Right now, a lot of fans are worried about one character in particular and they're wondering, will Jorah die in Game of Thrones Season 8 Episode 3?

Jorah Mormont (Iain Glen) has been stalwart Game of Thrones character from the very beginning of the series, so it'll be hard for a lot of fans to say goodbye to him. But, the fact that he's been around for so long also doesn't bode well for the odds that he survives the Battle of Winterfell. The Game of Thrones writers love to kill off characters who everyone knows and loves (remember the Red Wedding, anyone?) so it's very likely that they'll squeeze in a lot more death before the series ends.

Jorah has been by Daenerys Targaryen's side throughout most of her journey from Essos to Westeros. There was a break in there friendship when Daenerys found out Jorah originally had plans to betray her. But, he ultimately pledged his undying allegiance to her... which is why it would make a lot of sense for Jorah to die defending the queen he loves so much.

Daenerys has been tirelessly fighting to sit on the Iron Throne and Jorah has promised to do whatever it takes to make it happen. In the case of Game of Thrones, "whatever it takes" often is a matter of life or death. And when Episode 3 will be bringing a literal battle between the living and the dead, Jorah very well may need to give his life in order to keep his promise.

Then again, there's an alternative theory that Jorah will not only live, but will actually turn against Daenerys in order to save the entire realm.

Game of Thrones has always been interested in examining how history repeats itself. Many of the characters' storylines look at the legacies parents leave for their children. In fact, at various points in the series, Daenerys has talked about wanting to "break the wheel" and end the systems that have been in place in Westeros for generations. While she has good intentions, there are some signs that she might have more in common than her father, the Mad King, than she'd like to admit. For example, Daenerys rushed to burn Samwell Tarley's father and brother alive when they didn't bow down to her. That scene showed that she has the potential to be vicious, and she might be so vicious that her own guard will need to take her down.

For he theory that Jorah kills Daenerys to be true, that would mean that he would need to survive the Battle of Winterfell first. A lot of fans on Twitter are not very optimistic about Jorah's odds of survival, though, even though they'll miss him when he goes.

You can find out what happens to Jorah when Game of Thrones Season 8 Episode 3 airs at 9 P.M. ET on HBO on Sunday, April 28.