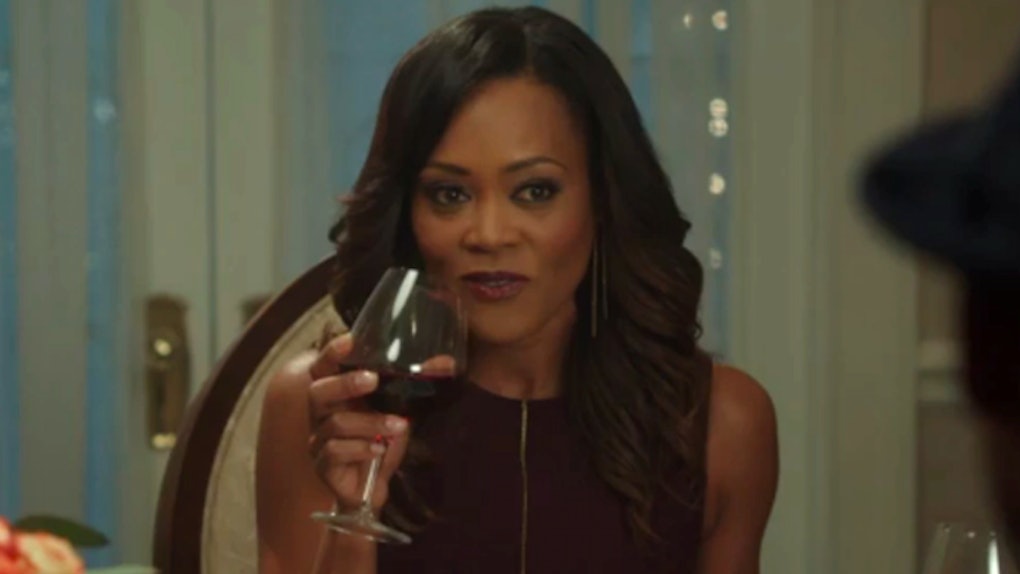 Will Hiram Lodge Run For Mayor In 'Riverdale'? The Position Is Open

In an episode full of twists and turns, Riverdale fans might have overlooked one very important detail. A major power shift took place on Wednesday night's new episode, and it might open things up for even more shady things to start going down in Riverdale. With Mayor McCoy out of office, could Hiram Lodge run for mayor on Riverdale? Or what about Hermione? Whoever steps into the new seat of power will automatically become a major player in everything going on, so it's time for us to start guessing!

Spoiler alert: Don't continue reading if you haven't seen Riverdale Season 2 Episode 13 "The Tell-Tale Heart" yet. After Wednesday night's new episode, it feels like we are getting closer than ever to figuring out what exactly the Lodges have planned for Riverdale. They have been teasing this mysterious SoDale Project for a while now, but all we really know about it is that it involves the Lodges buying up a ton of land in town with the cooperation of Mayor McCoy. Hiram has already purchased the Southside Drive-In Theater, Southside High School, and Pop's Diner, and he bribed Mayor McCoy into helping him build up his secret empire. But after all that bribery, Mayor McCoy finally reached her breaking point in the new episode — she threatens to expose the Lodges and end their mysterious plan, so Hiram and Hermione make a plan to expose Mayor McCoy's affair with Sheriff Keller and get her out of office. That's where Veronica comes in...

It's still pretty unclear exactly where Veronica's allegiances lie: She's been working closely with her parents recently and apparently knows the details of this SoDale Project thing, but she has also expressed her qualms with her parents' criminal activities, namely revealing to Archie that she isn't comfortable with it. After she hears that her parents are planning on defaming Mayor McCoy to get her out of office, Veronica decides to go to McCoy herself and secretly let her in on the plan, advising her to resign now to avoid the truth about her affair from being made public. The next day, McCoy steps down as mayor, and the announcement makes waves in the Lodge household. Hiram seems upset that Veronica went behind his back to get McCoy to quit before they exposed her affair, and it feels like this could be the first in what might become a string of Veronica's rebellions against her parents.

But aside from all that Lodge family business, the big question now is... who is going to run this town? With McCoy out of office, some other Riverdale resident is going to have to step up and take the mayoral seat, right? And since we know that a big part of the Lodge's plan involves bribing the mayor into letting them buy up land, then whoever is elected next is going to immediately be in bed with the Lodges. So it's time to start guessing! To me, the somewhat obvious choice would be either Hiram or Hermione Lodge. If one of them became the mayor, then they could totally cross of that "bribe the mayor" item on their to-do list for good.

At the end of the episode, we also got a pretty surprising peek at just how involved Hermione Lodge actually is in this whole mafia business, when she reveals that sketchy FBI agent who was working with Archie was really some dude that she had hired to test Archie's loyalty. Hermione definitely seems to be a pro at manipulating others... perhaps she will use that talent to get herself elected mayor? Just something to think about.

More like this
Ellen Pompeo's Response To Jesse Williams Leaving 'Grey's Anatomy' Is Emotional
By Cianna Garrison
'Grey's Anatomy' Quotes That Will Heal Your Broken Heart
By Alexis DeCarvalho and Lexi Williams
When Will 'Riverdale' Season 5 Return In 2021? Its Mid-Season Break Is Long AF
By Rachel Varina
Stay up to date