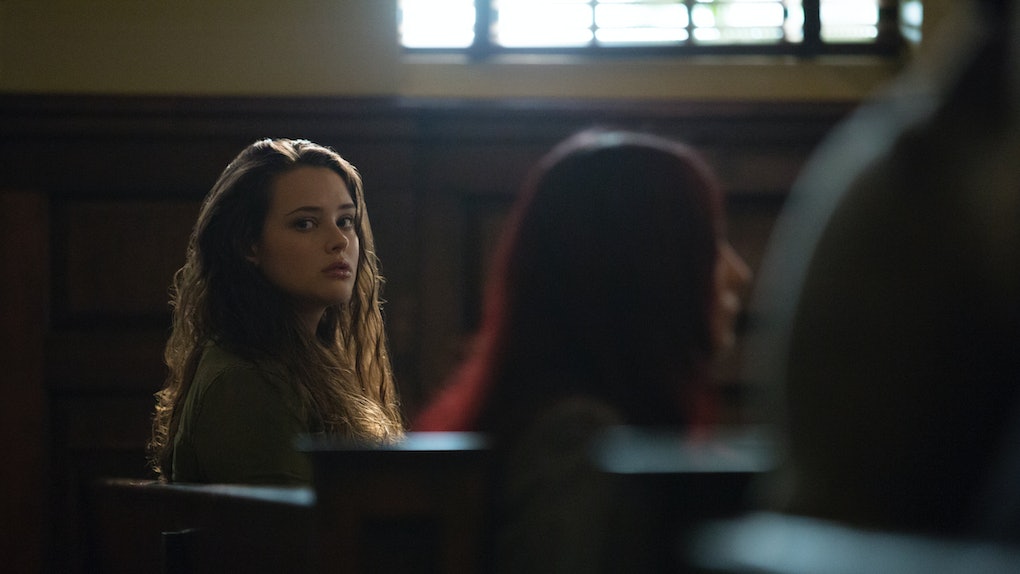 Will Hannah Be In '13 Reasons Why' Season 3? Brian Yorkey Reveals His Plan For The Show

Although Season 2 of 13 Reasons Why explored storylines beyond the reasons explaining Hannah's death, Hannah still popped up throughout the new season in Clay's hallucinations. In case you were wondering, Clay clearly isn't over Hannah, seeing her face at untimely moments such as when he's about to have sex with Skye and in the middle of another student's court testimony. The Bakers' case against the school district officially closed this season, so if the show returns with new episodes, will Hannah be in 13 Reasons Why Season 3? Showrunner Brian Yorkey offered some clues about the future of Clay's visions. This post contains spoilers for 13 Reasons Why Season 2.

In an interview with Entertainment Weekly, Yorkey opened up about the possibility of Clay's imaginings of Hannah returning in a still-unconfirmed third season. While Hannah's death has inspired all of the remaining characters' intricate personal stories in Season 2, Yorkey suggests that her suicide wouldn't be discussed as much in future episodes, saying:

Should we get a season 3, the loss of Hannah will continue to be the inciting traumatic event for this group of kids and parents. It will always be part of the story. But I don’t see a tremendous continued presence for Hannah because I think we needed her to finish telling everyone else’s side of her story and we needed her so that Clay could get to a point of saying, ‘I love you and I let you go.’ If the story does continue, and certainly there is lots more to know about a lot of these characters, then the spotlight focus on Hannah Baker is probably done.

Clay's visions of Hannah took a dark turn toward the end of Season 2, with her image tormenting him so much that he briefly considered killing both Bryce and himself. Viewers interpreted the progressively worse hallucinations as a sign of Clay's deteriorating mental health, and that narrative frame definitely hints that Clay won't stop seeing Hannah until someone intervenes to help him with his well-being. If police catch Clay with Tyler's gun in hand at the start of a third season, it's always possible for that moment to lead to Clay finally receiving some professional help.

One of our big themes for the season was the progression from isolation to community. We really wanted these kids to find a community in each other. My favorite scene of the season is when they all show up at Jessica’s house and Clay and Alex say, ‘Look we don’t want to pressure you but we just want you to know that we believe you and we’re here for you.' We respond to community. We respond to people being there for each other, so I do hope that if the story does continue, we will continue to see that. I’m sure there will be new adversity, but I’m sure we also will see that there are bonds here that these characters didn’t have before.

For now, it seems that the possibility of Hannah's future appearances are still filed under the "will we or won't we" list of Season 3 ideas. Although the other Liberty High kids' roles in her death may be wrapped up, Clay's connection to her doesn't quite seem over yet. If you ask me, Hannah's part in Clay's story still has life to it, but we'll have to wait for an official announcement of Season 3 until we can theorize even more about Clay's hallucinations.

More like this
What Is 'The Circle' Star Terilisha's Real Job? Her Instagram Reveals A Lot
By Dylan Kickham
These Tweets About Regé-Jean Page Leaving 'Bridgerton' Are Royal Bummers
By Cianna Garrison
In 'Riverdale' Season 5, Toni Topaz Is The Black Superwoman Without A Cape
By Erika Hardison
Stay up to date